13 Foods to Eat to Reduce Your Risk of Cataracts 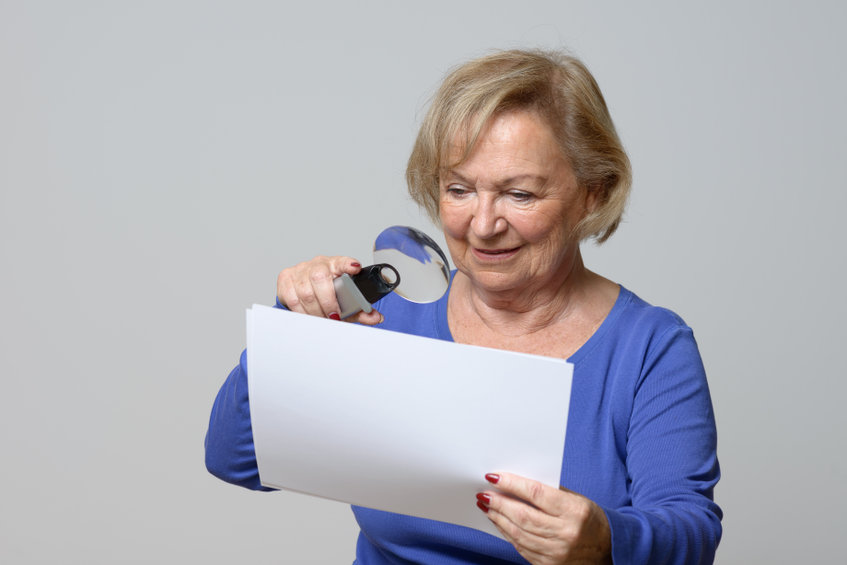 Food. It can be one of your favorite things, or maybe not so much.  Everyone has heard the adage “you are what you eat”.  Well, if you want to stay healthy and free of diseases like cataracts, it’s time to put some thought into what you feed yourself and your children. By eating smarter (and healthier) you may help reduce the risk of developing cataracts in old age.  Cataracts are a clouding of the lens in your eye that can result in blindness, if left untreated.

Cataracts is a clouding of the eyes’ natural lens that affects vision.  It is one of the leading causes for blindness worldwide; however, it can be easily treated with surgery if diagnosed early enough. Cataracts generally develop slowly over time, starting as “haziness” in your vision and eventually affecting your ability to see. There are a variety of risk factors, including age, genetics, race, smoking, diabetes and steroid use. In the United States alone it is estimated that nearly 20 million Americans have cataracts.  This number is expected to double by the year 2050, so taking measures to prevent them now is crucial.  Researchers have identified divided findings about what prevention steps work best.

One way that seems to be promising is through diet- specifically eating 13 key foods proven to reduce the risk of developing cataracts: salmon, oranges, green leafy vegetables (spinach and kale), soy products, blueberries, garlic, wine or grape juice, whole grains, nuts and eggs.  This isn’t necessarily a complete list, but we will touch on some of the highlights for each food.

Omega-3 fatty acids (found in abundance in salmon and other fish like tuna and sardines) is found to be one key nutrient to preventing cataracts.  Omega-3s are essential because they cannot be synthesized by our bodies; therefore, it must come from food or supplements.  Salmon also contains vitamin B6, zinc, copper and selenium which seem to help prevent cataracts as well. Click HERE to learn more about where to get the purest omega-3 supplement (lemon-flavored!).

Vitamin C seems to be protective against cataracts. Orange’s rich content of vitamin C has been shown to reduce the risk of cataracts by 50% in some studies.  Oranges also contain beta-carotene and potassium, both of which have been linked to a reduced risk of cataracts as well.

Kale and spinach both contain vitamin C, beta carotene (vitamin A), lutein, zeaxanthin and calcium; each of these nutrients are beneficial for preventing cataracts.  All four nutrients seem to be protective for your body because they absorb blue light that comes into the eyes, thus protecting them against damage from ultraviolet rays. Traditional Asian diets high in soy may help protect against developing cataracts.  The protective benefit may be attributed to the isoflavones in soy products.  Soy milk has also been shown to decrease the risk of cataracts when consumed regularly.

According to a study published in American Journal of Clinical Nutrition, blueberries are high in anthocyanins, which are antioxidants that serve as protection against damage from free radicals that can cause cell damage and disease like cataracts.  The nutrient makeup of blueberries is not only beneficial against cataracts but also for your heart and brain health and function.

Too tired to go to the grocery after work? Get your blueberry supplement in its purest form by clicking HERE.

Garlic contains selenium, an antioxidant which counteracts the effects of free radicals and may help reduce ocular inflammation associated with age-related cataracts.  Garlic also contains sulfur, which is essential for the healthy function of cells throughout the body. Studies have found that moderate consumption of wine or grape juice can reduce cataract risk by up to 25%.  One study in particular found that those who drank 2-5 glasses of alcohol per week were less likely to develop cataracts than those who did not drink at all and those who drank more than 5 glasses a week.  It was also found that beer and spirits were not as beneficial as wine and grape juice.

Fiber has been linked to reducing inflammation throughout your body, including your eyes.   This may help prevent age related cataracts.  Whole grains such as oatmeal and brown rice are both good sources of fiber.  Studies have also shown that eating whole grain bread can reduce the risk of cataract formation in men by 20% and in women by 30%.

The antioxidant power of nuts like walnuts, almonds and pecans may help to prevent oxidative stress.  Oxidative stress is what happens when there is too much damage from free radicals throughout your body.  Free radicals are unstable molecules that cause cell damage leading to disease, including cataracts. An animal study has shown that adding eggs into an already healthy diet may offer protection against developing cataracts.  The protection was attributed to the high content of lutein, zeaxanthin, vitamin A and B6.  Other studies have shown that adding an egg a day into your diet can reduce cataract surgery rates by 60% in two years.

Shrimp, lobster, and most types of fish are high in omega 3 fatty acids. Omega 3s are essential for good vision by protecting the retina from oxidative damage caused by ultraviolet light. Regularly eating these foods will help reduce the risk of developing cataracts or prevent existing cataracts from getting worse.

Vitamin A is the most well-known nutrient which slows down vision loss.  Tomatoes are one of the best sources of vitamin A, so they are good for your eyesight.  Eating this fruit regularly will help protect you against developing cataracts. The beta-carotene in carrots is a great antioxidant and converts to vitamin A in your body.   This nutrient helps prevents retina damage and reduces risk of macular degeneration and blindness caused by aging.

The above foods can serve as a natural defense against cataracts.  In addition to eating these foods, you should also take steps to reduce your risk of developing cataracts by wearing sunglasses when going outside, avoid smoking and stop drinking alcohol if you currently do.  You should also make sure to keep track of your body mass index (BMI) because obesity puts you at higher risk for developing cataracts later in life.