14 Healthy Reasons Why You Should Eat This Super Fruit 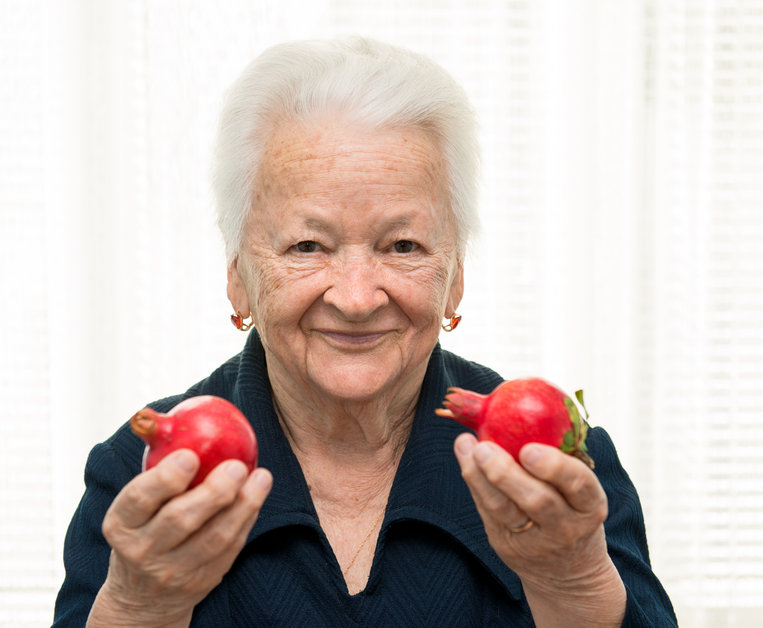 Are you looking for a healthy snack that is packed with antioxidants? Pomegranates are rich in ellagic acid, which has been proven to reduce the risk of cancer. They also contain potassium and folate, which help maintain cardiovascular health. To learn more about these benefits and the other many wonders of this fruit, keep reading!

1. Pomegranates are a great source of vitamin C

Along with vitamin C is some powerful antioxidants that can help prevent cardiovascular disease and cancer. One serving of pomegranate has the antioxidant capability of six times the amount found in green tea and red wine. Pomegranates also have potassium, which is necessary for normal growth and development.

The amino acid composition of pomegranates makes it a high-scoring food for inhibitory activity against human cancer cells. That means that the ellagic acid in this fruit, along with other antioxidants, can fight cancer-causing cells.

Drinking a fruit juice which is made from pomegranate can reduce total cholesterol, LDL, and triglyceride levels in the blood. It increases HDL (good cholesterol) and inhibits the oxidation of bad cholesterol and thus reduces atherosclerosis and coronary heart disease.

Pomegranates are also thought to promote weight loss because studies have shown that drinking pomegranate juice leads to a feeling of fullness. This means you will eat less food since your stomach is satisfied after drinking this delicious fruit juice!

3. The antioxidants found in the seeds fight aging

Pomegranate peels contain ellagic acid, which is known to help with skin cell growth and repair process so that these cells reproduce quickly enough to replace old cells with new ones. The antioxidants that fight free radicals also prevent skin wrinkling and skin aging. This is the reason behind the youthful looks of many Mediterranean women who drink plenty of fruit juices! 4. Pomegranates are the richest source of the phyto-chemical lycopene

The consumption of lycopene in form of tomatoes reduces the risk for stomach cancer in men. Pomegranate has also been found to be effective in reducing prostate tumor size and in causing apoptosis (cell death) in human colon cancer cell lines, when used alone or together with chemotherapy drugs.

A study was conducted on rats who had induced prostate tumors with testosterone injections. It was seen that when given pomegranate juice, their prostate tumor growth was slowed down by up to 50% compared to controls! The study concluded that pomegranate fruit extract may have a beneficial effect on prostate cancer.

In a study, it was found that the polyphenolic compounds from pomegranate juice were able to activate leukemic cell apoptosis (cell death). The tests conducted showed that U937 human leukemia cells exposed to pomegranate juice for 24 hours had turned off two known anti-apoptotic genes and increased the expression of pro-apoptotic genes by 150 percent compared with control cells! It has been suggested that this switch in activity may be due to the activation of cellular enzyme called JNK, which initiates apoptosis.

The phytonutrients found in pomegranate juice act as anti-inflammatory agents, which can help to reduce pain for arthritis patients. 8. Pomegranates are a rich source of serotonin

Serotonin is known to improve mood and sleep, thus making you happier!

The seeds resemble the shape and color of brain cells, which made Greek philosophers give it the name “kranion” that means “brain”. Now we know why: pomegranate improves memory and concentration!

9. It was also found that pomegranate has protective action against HIV infection!

Just like green tea, pomegranate contains the powerful antioxidant known as “EGCG” (epigallocatechin gallate). It has been seen that people who drink EGCG were at lower risk for HIV infection.

10. Pomegranates are great if you want to quit smoking

If you are trying to stop smoking or chewing tobacco, then this is just the thing for you! The antioxidants in the juice act as vasodilators and help dilate blood vessels. One study showed that when smokers drank 8 ounces of pomegranate juice daily for 2 weeks before surgery, their blood flow increased by 86 percent compared to controls. These results may be one reason why heart attacks occur less often in people who consume pomegranate juice.

11. Pomegranates are great for women’s health

It has been seen that women who eat more fruit have fewer menstrual symptoms. This is because fruits contain plenty of fluids which reduce the risk of dehydration.

Pomegranate juice may also help increase fertility in women who have failed to conceive for over a year! It is because pomegranate contains plenty of antioxidants, which can stimulate the production of estrogen and progesterone hormones that are responsible for ovulation. Women’s Health Magazine stated that “pomegranate seed oil appears to improve egg quality”. Animal studies also show that it “inhibits early embryo loss by up to 50%”. An Italian study discovered that supplementation with pomegranate was associated with higher pregnancy rates. When researchers compared women receiving IVF alone (129 participants) with those receiving IVF combined with the fruit (137 participants), they found that 17% vs. 26% achieved a clinical pregnancy, and 12% vs. 23% achieved an ongoing pregnancy. 12. Pomegranates are great for ovarian health

The fruit contains antioxidants known as “flavanols”, which have been shown to boost the production of progesterone in women by 30 percent! Progesterone is responsible for ovulation. It also found that women who eat plenty of fruits had lower rates of ovarian cancer compared with women who did not eat many fruits.

13. Is there anything pomegranate can’t do?? It may even prevent skin cancer!

Pomegranates contain both “punicalagin” and ellagic acid, which are flavonoids that offer protection against sun damage and lower your risk of developing squamous cell carcinoma (SCC) and basal cell carcinoma (BCC). “In vivo” studies on mice confirmed that polyphenols derived from pomegranate inhibit SCC tumor growth by 56%. So, if you must be out in the sun, make sure to drink lots of pomegranate juice!

14. Pomegranates may help reduce the risk of Alzheimer’s disease

Eating a diet high in flavonoid-rich pomegranate juice can protect your brain from free radicals and oxidative damage. Another study “found that drinking 8 ounces of pomegranate juice daily for 12 weeks increased blood flow by up to 30% in the dentate gyrus of the hippocampus”. In addition, it may also help prevent Alzheimer’s disease! Researchers found that an extract from pomegranates called “POMx” boosted spatial memory by 75 percent and reference memory by 66 percent in lab mice with Alzheimer’s symptoms. While more studies have to be conducted on humans, this is certainly a huge breakthrough against dementia. We all know how devastating Alzheimer’s disease can be! All of these health benefits come from the fruit of the pomegranate tree! Pomegranates provide a variety of benefits from heart health to anti-aging effects. Just make sure you don’t eat too many at once, as they do contain quite a bit of sugar. If you want to take advantage of the full health benefits of a pomegranate without having to worry about added sugars, you may click HERE to learn more about an all-natural health solution that already includes pomegranate in its ingredients!

Foods rich in antioxidants have been shown to prevent cancer and improve brain function, so if you want to take advantage of all these benefits, start buying yourself some fresh pomegranates today! Packed with a high concentration of antioxidants, this amazing fruit can keep your body healthy for years to come!