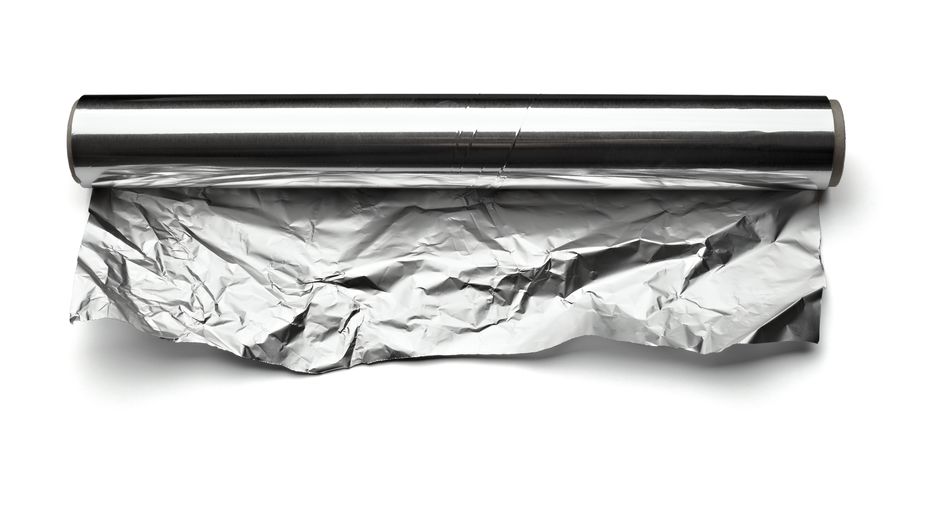 You’re probably sick of hearing that the foods and products you’ve been eating or using for years are bad for your health. Some you’ve accepted; you try to avoid gluten and eat organic whenever possible. Some you’ve purposefully avoided, such as your favorite dairy-based ice cream or that supposedly toxic nonstick frypan that makes the best pancakes.

1.   Aluminum foil is toxic to the nervous system.

Aluminum has long been investigated by scientists for its potential role as a neurotoxin. Aluminum has no physiological role in the human body, according to researchers, so it has the potential to cause significant harm when consumed.

2.      Aluminum foil has been linked to bone disease.

According to research, aluminum from sources such as foil can increase a person’s risk of developing bone disease. A study that looked at the effect of hemodialysis, which causes aluminum buildup in the blood, discovered that 37% of dialysis patients had developed aluminum-associated bone disease. According to the study’s authors, “long-term oral aluminum intake in hemodialysis patients results in a high prevalence of aluminum-associated bone disease.” It was hypothesized that aluminum either directly or indirectly influences osteoblast production, resulting in bone wasting.

3.    Aluminum foil has been linked to pulmonary fibrosis.

Using aluminum foil to prepare, store, or cook food raises the risk of developing pulmonary fibrosis, a type of lung disease. A study that examined the lung tissue of nine workers exposed to aluminum oxide discovered alarmingly high levels of aluminum, implying that aluminum exposure contributed to the development of pulmonary fibrosis.

While cooking with aluminum foil may not cause lung disease at the same rate as breathing in aluminum oxides, there is still a very real risk that it will cause pulmonary fibrosis and other lung diseases.

Why aluminum may be leaching into your food

A team of engineers from the University of Ain Shams in Cairo investigated the various ways in which aluminum foil and other cookware interact with food in a 2012 study. When acidic foods like lemon juice or tomatoes came into contact with aluminum foil, leaching of harmful aluminum compounds was by far the greatest, and this was frequently exacerbated by the use of spices.

Aluminum foil, in essence, is not inert. It has been shown that when exposed to certain foods, it leaches a portion of its metallic compounds into the food, which people then consume. It can then accumulate in the blood, muscles, and organs, contributing to a variety of health issues. Science is only now beginning to comprehend the extent to which these consequences may be detrimental.

The task is straightforward: keep aluminum foil out of the kitchen and away from the food you eat. Here are some healthier alternatives for cooking and storing food that will not harm your health.

Alternatives to aluminum foil that are healthier

Personally, I’ve never been a fan of aluminum foil or aluminum cookware. I almost always use glass storage containers when storing food in the fridge or pantry. Glass is completely inert and does not leach any harmful chemicals or metals into food, regardless of how acidic it is. We’re also reducing waste because the glass can be used again and again… in compared to aluminum foil!

Instead of using foil to enclose baked potatoes or fish, I simply used a ceramic dish with a lid for cooking. The effect is identical; the only difference is that ceramic does not leach compounds into our food! And for baking, I use either glassware or high-quality silicone bakeware that does not require lining. These materials are much more pleasant to work with, produce higher-quality dishes, and generate less waste. If you ask me, that’s a win-win situation!