7 Gifts You Mustn’t Buy For Your Grandchildren 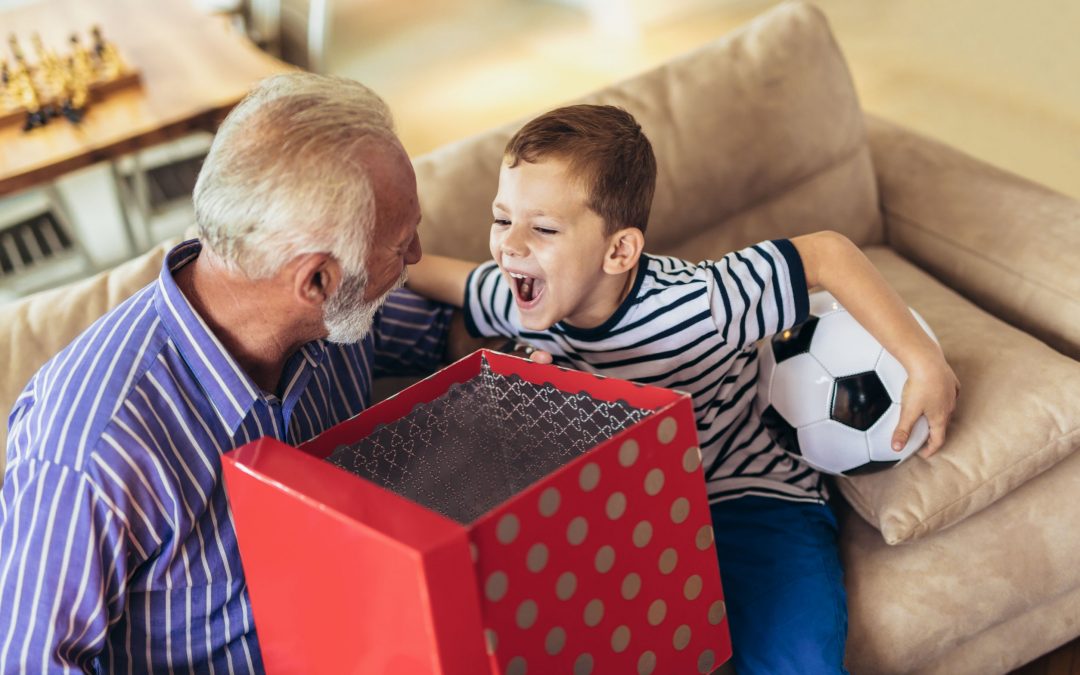 Buying gifts for kids is what every grandparent does. But sometimes, we may need to ask the parents for permission before making this gesture. Ask me why?

I remember when I bought a gift for my 4-year-old daughter. It was Christmas and I wanted her to get a befitting gift. Her gift was a toy that would laugh when pressed at the stomach. When the toy laughed, my daughter also did, and we all appreciated what she got, at least at the beginning of the drama. But it soon became a nuisance. The toy laughed out too loud. The laughing baby, as we called it, became irritating to me, not because of its size, or shape, but because of the disturbing noise it used to make. My daughter won’t stop. She kept pressing and the baby kept disturbing. So, one night after my daughter had slept, I took the doll, ripped off the tummy and removed the box that used to make the noise, and sewed it back. From that day, we were free of the noise.

However, I justified my action on the grounds that I bought the toy and I could do whatever I like with it. If the toy was presented to her by my mum or anyone else, I wouldn’t have had the moral right to destroy it. I would have either endured the noise for as long as the toy remained or removed the soundbox and lived with the guilt. That is why every giver should consider the burden of the gift he is giving to kids on the parents. As grandparents, there are some gifts we mustn’t give out without permission. Before we give those gifts to grandchildren, we must ask their parents first if they will be okay if their children have those gifts. Here is a list of gifts that mustn’t go to grandchildren without parents’ consent.

Don’t make the mistake I made. Remember the kid will love the noise, but those around may be disturbed. So why should they be the ones to pay for your sin. Ask the parents first if they wouldn’t mind their child playing with a noisy gift.

Gifts That Are Too Big

Not only noisy gifts could cause nuisance at home, even large gifts. This is even more particularly if the house doesn’t have enough space for such a luxury. Now you will put somebody into the problem of thinking of where to store the gift, how to organize the home to accommodate the big gift nobody asked for. So, before you buy that big gift, just ask.

Maybe you inherited the gift from your grandparent, so you decided to give it to your grandchild. It may also be an ornament for the family tree. Both are good ideas but seek the opinion of the parents first. If your grandchildren are too young, the parents may not want them to play with the gifts so they don’t destroy them. But trust kids, that won’t go well with them, and you wouldn’t want to be the reason children are unhappy with their parents.

The same thing applies to expensive gifts. Parents may not be satisfied with the way their kids handle the expensive gift you have bought for them and feel guilty. But who asked for such a gift in the first place?

Gifts That Are Not in Line With the Child’s Age

When you have bought a gift for a child that is older than the recommended age on the gift, then it might become a problem between the older child and a younger sibling. After all, numbers don’t lie. So consider the age before you buy, or simply ask for permission.

The worst thing you can do to a busy mom is to buy her kids gifts that would require the assistance of the mom parent to assemble. Now she won’t be able to tell the kids she is too busy and wouldn’t have put that extra chore in her schedule. If it would require her time to set up the toy, then ask her before you buy it.

Gifts Meant to Be Bought By the Parents

It is the responsibility and pride of parents to buy their kids gifts during special occasions. Don’t buy that top gift the parents intend to buy. It will simply mean taking their roles.

Why not just offer to support the parents in buying.