9 Warning Signs That Your Blood Sugar Is Out of Control 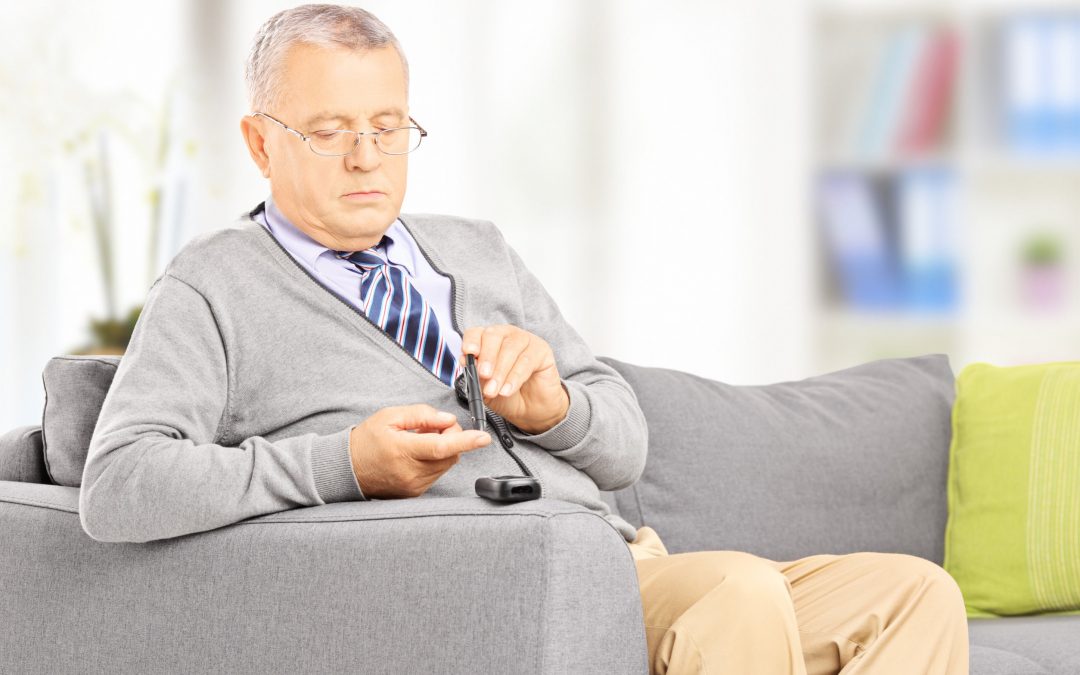 Uncontrolled type 2 diabetes can cause frequent urination, exhaustion, and blurred vision, to name a few symptoms.

Being Extra Thirsty and Urinating More Than Usual

Feeling extremely thirsty and wanting to drink more than normal is a common but not-so-obvious indicator of high blood sugar. “Polyuria, or excessive urine, occurs when glucose builds up in your blood and your kidneys have to work harder to get rid of the extra glucose,” Zanini explains. She goes on to say that if your kidneys can’t keep up and adjust blood sugar to a regular level, the extra sugar is expelled out of your body through urine. You may become dehydrated and dizzy as a result of this.

According to MedlinePlus, many people with uncontrolled high blood sugar feel hungrier than usual, which indicates a symptom known as polyphagia. According to the Mayo Clinic, even if you’re eating more, you may be losing weight for no apparent reason if your blood sugar levels are too high.

“Because your body isn’t getting energy from its preferred source, glucose,” Zanini explains, “it has to turn to muscle and fat.” “Unintentional and unhealthy weight loss occurs when your body begins to break down muscle and fat for energy.” Emanuele adds that, in addition to changes in weight and appetite, you may notice muscle weakness and more frequent falls.

You are Constantly Tired and Fatigued

According to the American Diabetes Association, fatigue and extreme tiredness are symptoms of uncontrolled blood sugar. “Simply put, when your body does not process insulin properly or does not have enough insulin,” Zanini explains, “the sugar stays in our blood rather than getting into our cells to be used for energy.” Frequent urination can also lead to dehydration, which Bandukwala identifies as a factor in fatigue.

You Have Noticeably Blurry Vision and Frequent Headaches

You may notice that your vision isn’t as clear as it once was and that things appear hazy. According to the Joslin Diabetes Center in Boston, high blood sugar levels can cause swollen lenses in your eyes due to fluid leaking in. This alters the shape of the lens, preventing it from properly focusing and resulting in blurred vision. You may also experience difficulty at work, difficulty driving, and frequent headaches, according to Emanuele.

You Develop Sores That Tend to Heal More Slowly Than Usual

According to the National Institute of Diabetes and Digestive and Kidney Diseases, uncontrolled blood sugar causes cuts, scrapes, bruises, and other wounds to heal more slowly. Diabetes damages nerves and impairs circulation, particularly in the lower legs and feet, which can cause healing to be delayed because there isn’t enough blood flow to the area. Even minor wounds are more prone to infection, which can become very serious and even result in foot amputation. If you develop a foot ulcer, you may notice drainage seeping onto your socks or an unpleasant odor, according to the American Podiatric Medical Association.

You are Experiencing Tingling and Numbness in your Hands or Feet

Uncontrolled blood sugar, as previously stated, can result in nerve damage, also known as diabetic neuropathy. You may experience tingling or even numbness in your hands and feet. Some people also experience pain in their hands and feet. Though neuropathy is more common in people with diabetes who have had it for a long time, it can occur in anyone with poorly controlled diabetes.

Skin tags, or small pieces of extra skin, can form in skin creases, especially if you have diabetes and are trying to lose weight, according to the ADA. Acanthosis nigricans is a condition in which dark, thick areas of soft skin (called acanthosis nigricans) form on the back of the neck, hands, armpits, face, or other areas. According to Zanini, this could be a sign of insulin resistance. Blisters, infections, dryness, itchiness, discolorations, and skin abnormalities can all be symptoms of high blood sugar. Consult your doctor if these skin changes occur.

You’re Suffering From Yeast Infections More Frequently Than Before

“We’re also seeing this more with patients who take SGLT-2 inhibitors, which force the body to excrete more glucose through the urine,” the endocrinologist adds. The FDA has added a warning to the prescribing information for SGLT-2 inhibitors about a much rarer — and potentially fatal — genital condition known as necrotizing fasciitis of the perineum, also known as Fournier’s gangrene (commonly known as a flesh-eating disease).

Swollen or Bleeding Gums, Which Increase Your Infection Risk

According to the National Institute of Diabetes and Digestive and Kidney Disease, gum disease is a complication of diabetes. According to the ADA, it can also make diabetes more difficult to control because the body’s response to infection is to release more glucose into the bloodstream.

Your saliva contains glucose, and the more of it there is, the more there is to feed the bacteria in your mouth that combine with food to form plaque and cause gum disease. At first, symptoms may include red or inflamed gums. If left untreated, they can lead to periodontitis, which can cause your gums to pull away from your teeth, the appearance of pus or ulcers, or even tooth loss, according to the Mayo Clinic. Get your blood sugar under control and visit a dentist to avoid gum and tooth damage.