New Dementia Study: What to Do When Sense of Humor Changes 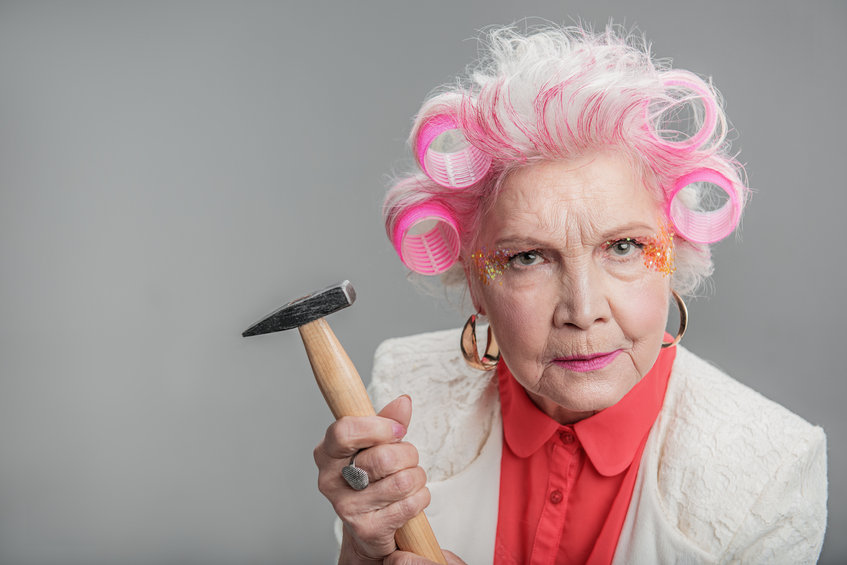 Everyone loves a good joke.  A well-timed humor can help ease tension, lower stress levels, and even capture the attention of an audience.  However, scientists are finding new evidence that suggests there is more to what makes something funny than just culture or sense of humor preference.  A change in sense of humor could signal dementia.

In a recent study, researchers at the University of Granada found that people with dementia produce fewer laughs when watching humorous videos.  This was in comparison to patients without dementia and older adults who were healthy.  The results were surprising – people diagnosed with dementia laughed less than half as much as their counterparts without a diagnosis or a history of mental illness.  People in this last group “managed to reach [their] maximum level of laughter” while participants with Alzheimer’s disease only managed to reach about 25 percent of their own potential amusement levels.  Preliminary findings from another study by London’s Imperial College also suggest that those diagnosed with frontotemporal dementia have a harder time recognizing funny situations in social settings than non-demented people.

A change in sense of humor may be one of the earliest signs that something is wrong with your brain cells.  And, because dementia doesn’t just affect memory, but also behavior and personality traits, this could help direct doctors to possible problems sooner rather than later.  If you notice a drastic change in your loved ones’ ability to enjoy humor or laugh at funny situations, it might be worth mentioning to their doctor so they can take a look at the possibility of dementia further down the line.  It could mean all the difference for future treatment plans if Alzheimer’s disease or another type of dementia is caught early on. The first documented case linking changes in sense of humor to dementia was reported in 1998 by Drs. Robert Katzman and Emil Holtz at the Alzheimer’s Disease Research Center at the Mount Sinai School of Medicine.  They wrote about a patient who had no previous problems with memory or thinking skills but started displaying dramatic personality changes over time including doing things like telling inappropriate jokes, singing songs in inappropriate places, and telling bad jokes.

The patient was diagnosed with Alzheimer’s disease.  Looking back through his medical records, Drs. Katzman and Holtz found that the patient had developed early-onset dementia at age 63.  Later they discovered that the patient had frontotemporal dementia (FTD), a type of dementia that primarily affects the frontal lobe or temporal lobes; both are parts of the brain used in making sense of humor (National Institute on Aging, 2010).

According to another study done by Drs. Bruce Miller and Oliver Daniel from University of California-San Francisco School of Medicine, there were twelve patients with FTD, and all of them had changes in their sense of humor.  They also found that half of the twelve reported having problems understanding or finding meaning in things they normally enjoyed such as music and movies.  One of the patients even reported a change in his sexual preference.  All twelve patients also had difficulty controlling their emotions and expressing them appropriately, leading to inappropriate social behaviors similar to those reported by Drs. Katzman and Holtz.

In another recent study done on FTD, doctors found that as many as 87% of people diagnosed with this rare form of dementia experienced changes in sense of humor at some point during the onset or progression of their disease.  This is compared to only 25% who suffer from Alzheimer’s disease.  In nearly 92% of all cases for both forms of dementia, it can be seen as early as the person’s 40s.  The most common response to change in humor was laughing at things that were not funny. What causes the change in sense of humor in people with dementia?

The reason behind this connection is still unclear, but one hypothesis suggests that there may be a loss of higher cognitive function involved with sense of humor due to damage in the frontal lobe or temporal lobes which are both important for creating and interpreting humor.  This would account for why some FTD patients developed inappropriate sexual behaviors since their ability to understand social norms was lost along with their ability to interpret jokes appropriately.

Another theory suggests that sense of humor could be connected to emotions, making it more vulnerable to changes in brain structure so that sense of humor is lost first and emotional awareness follows.  There is some support for this theory since damage to the frontal lobe and temporal lobes has been shown to affect emotions as well as social behavior.

According to Dr. Fernando Tobías-Iniestra, the lead researcher of the University of Granada study, this is not a conscious choice or strategy by those with dementia – they were actually reacting to what made them laugh as much as their counterparts without a diagnosis.  He suggests that it’s an issue with the brain inappropriately prioritizing other functions over producing laughter even though “it could be a symptom that shows us something very important about the early stages of Alzheimer’s disease.” The research team found that those participants diagnosed with dementia had significantly less blood flow in specific areas of their brains while watching humorous videos than people who didn’t have a history of mental illness, suggesting that changes may be happening prior to actual behavioral changes.

Currently more research needs to be done on those diagnosed with FTD before any definite conclusions can be made on what causes changes in sense of humor.  However, this new information could prove helpful not only in diagnosing dementia earlier but also treating it more effectively by targeting the regions damaged and hopefully restoring brain function. What does this research mean?

While it is well known that people can have a change in personality or become depressed when facing a life-threatening disease like dementia, less attention has been paid to changes in sense of humor.  As we learn more about FTD and diseases like Alzheimer’s disease, we will understand how these diseases affect the brain and what role our personalities play in our health.

Understanding how brain damage affects our personalities can help doctors better understand what means most to patients and their families.  It can also give us insight into how we as humans interact with each other and the world around us everyday.

You may check out our all-natural health solution for dementia and Alzheimer’s disease. Please click HERE to learn more.