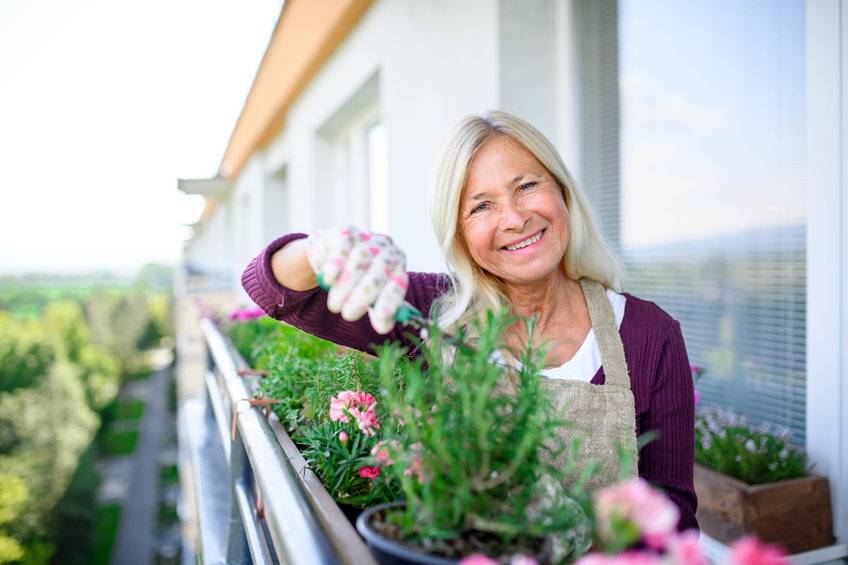 Club moss could be the key to preventing and treating Alzheimer’s disease. It has been used in Chinese medicine for generations and is known to reduce inflammation and fight infections, and could now be effective at fighting the world’s most common neurodegenerative disorder. Club moss, or Huperzine A, is a natural extract of the Chinese club moss plant and can be found in many dietary supplements. New evidence suggests that it may protect against the brain plaques that are associated with Alzheimer’s disease and could even help to reduce symptoms.

What is Alzheimer’s disease?

Alzheimer’s disease (AD) attacks an individual’s memory and cognitive skills while weakening their body. The brain eventually loses its ability to communicate with other areas of the body which can lead to loss of bodily function, respiratory failure, pneumonia or physical injury due to tripping or falling. Because there is no cure for AD, it affects more than 5 million Americans who are 65 years of age or older – a figure expected to rise sharply as the population ages. Due to this, scientists are now studying both old and new ways to prevent and treat this debilitating disease. Chinese club moss (Huperzia serrata) has been used in Chinese medicine for centuries as a treatment for fever, inflammation and bacterial infections. Club moss is part of the Lycopodiaceae family – plants that reproduce via spores rather than seeds like other plants. This plant grows wild in Asia and can also be found wandering around pine tree forests in the U.S. It’s mainly known by its common name or Latin name, but is also called northern firmoss, terabeen or cucuyo de montaña depending on where you live.

Club moss’ anti-inflammatory properties have long been an area of interest to Western medicine. The plant is known to contain several chemicals that inhibit some key enzymes in the body like cyclooxygenase (COX) and lipoxygenases (LOX). This can reduce chronic inflammation, which some say contributes to AD.

The moss extract has also been shown to create new neurons in mice with AD-like symptoms while working better than the current front runner drug, Namenda (memantine), on cognitive skills like memory recall. Researchers at Temple University found club moss extract prevents an enzyme called acetylcholinesterase from destroying acetylcholine, which is used by neurons to talk to each other. They believe this could be one of the keys behind club moss’ success in improving cognitive ability in rodents. Temple University Department of Biology professor Kalipada Pahan, Ph.D., said the findings could help lead to a treatment for humans within five years. “In light of these results, it seems reasonable to make further progress toward human clinical trials with Huperzine A derived from Chinese club moss as a disease-modifying therapy for Alzheimer’s disease by attempting to understand how it works mechanistically in laboratory models,” he told Biotechnology Career Institute.

“It is our hope that this study will inspire researchers all over the world to investigate whether club moss might be helpful in preventing and/or treating Alzheimer’s disease using modern scientific approaches such as molecular genetics and genomics, so we can find out exactly how this compound works.”

In another study published in PLoS ONE, researchers at the University of California San Diego School of Medicine found a chemical compound called dehydroconduratin A from club moss could be used to treat Huntington’s disease. They believe this compound can cause brain cells to make more energy and protect themselves from damage – reducing the chorea movements seen in those with Huntington’s disease.

“We’re very excited about these results,” said senior author Stuart D. Cook, MD, PhD, professor and chair of UCSD’s Department of Neurosciences. “Any time you see evidence that a plant-derived compound has potential as a future drug for treatment of a neurodegenerative disorder it is very encouraging. This one seems particularly promising because dehydration compounds often have better bioavailability and other features that make them attractive drug candidates.” Club moss may be a new treatment for Alzheimer’s

These findings are promising for those with Alzheimer’s disease. It could still be years before club moss is used as a treatment in the U.S., but researchers believe it may one day become an alternative or complementary treatment to current therapies like Namenda (memantine).

“Our research offers substantial evidence that Chinese club moss can provide meaningful therapeutic benefits to individuals afflicted with serious neurological disorders like Alzheimer’s disease,” Pahan said. “If you ask me how long it will take before doctors start prescribing this plant-derived compound, I would say five years.”

The research team stressed any potential club moss-derived drug would need to go through extensive clinical trials before it is available for humans, but Pahan said there are many things people can do now that could be helpful in the meantime.

“I’m not saying that club moss or dehydroconduratin A will necessarily help prevent Alzheimer’s disease,” he concluded. “But I am saying this plant has tremendous therapeutic potential and should be studied thoroughly.”

Huperzine A is becoming increasingly popular as a nootropic (cognitive enhancer) and has been studied for its ability to improve learning and memory in healthy patients, particularly among the elderly. The use of this herb in traditional Chinese medicine illustrates how it can be used to optimize brain function in a natural way without harsh side effects. It certainly shows a great deal of promise when it comes to Alzheimer’s treatment and prevention.

A Breakthrough in Alzheimer’s Treatment

Researchers believe that this extract’s ability to protect brain cells from the toxic effects of beta-amyloid and plaque buildup could help reduce symptoms associated with Alzheimer’s disease. The most common symptoms include:

It is also believed to be effective at treating the symptoms of other neurological diseases such as vascular dementia and Parkinson’s disease.

It wasn’t just injected Huperzine A that demonstrated effectiveness at fighting this disease. Scientists discovered that oral supplements were just as effective at interfering with plaque formation when compared to placebo pills. There was no difference between groups when it came to changing levels of markers for inflammation and oxidative stress. This natural extract may be the key to preventing and treating Alzheimer’s disease. Huperzine A is a rich source of antioxidants, which fight against inflammation in the brain, as well as infection-fighting agents that can also help slow down or even reverse cognitive impairment. If you’re looking for an effective way to boost your immune system this winter season with supplements without side effects, club moss might be exactly what you’ve been waiting for!

Click HERE to learn more on where to get the safest, purest, and highest potency Huperzine A available in the market today!