Sleep and Hydration: What’s the Link? 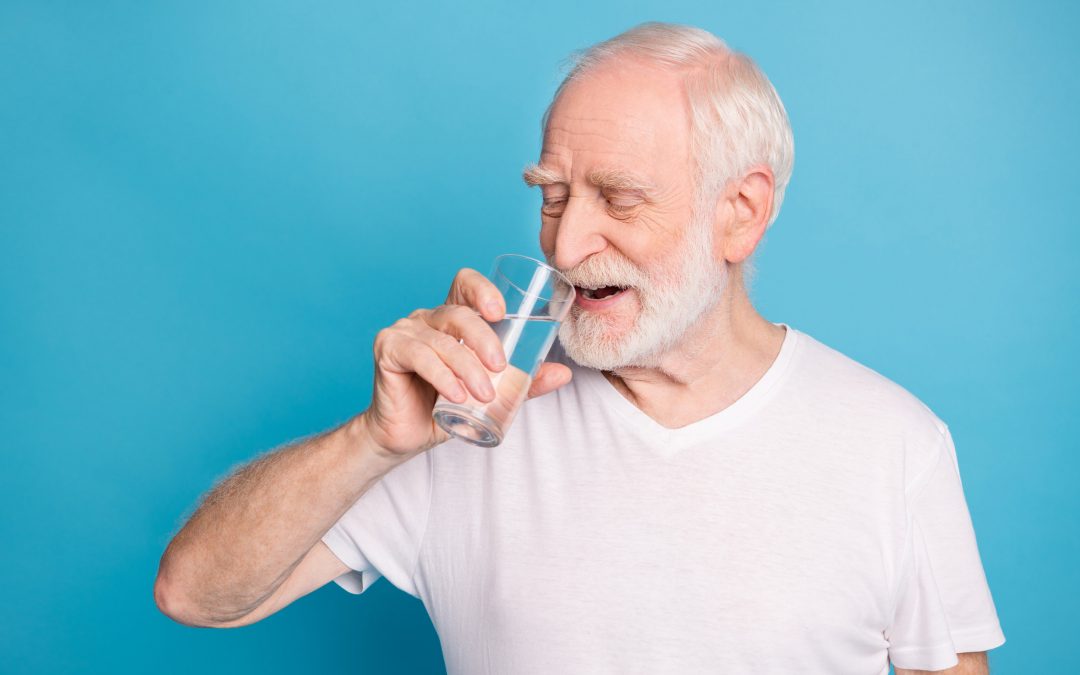 The connection between hydration and sleep is complex. Here’s what you should know.

Water is essential for overall health. According to the US Geological Survey, water accounts for up to 60% of the human body and aids in a wide range of bodily functions, including cell growth, waste removal, and digestion. And, yes, dehydration can have an impact on sleep.

“Being adequately hydrated is essential for ensuring your body functions as it should — and not just during the day,” says Jackie Newgent, RDN, CDN, a plant-forward culinary nutritionist and author of The Clean & Simple Diabetes Cookbook, who believes that dehydration can interfere with sleep.

However, according to Vincent Pedre, MD, the medical director of Pedre Integrative Health in New York City and author of Happy Gut, drinking too much water before bed can also interfere with sleep. After all, if your bladder wakes you up in the middle of the night to go, you’re not going to be able to sleep soundly.

What Science Says About Sleep and Hydration

There has been little research into the connection between hydration and sleep. However, evidence suggests that there is a link between the two, with shorter sleep durations being associated with lower hydration status.

Both Newgent and Dr. Pedre point to a large cross-sectional study published in the journal Sleep in February 2019. In a study of over 20,000 American and Chinese adults, those who self-reported sleeping less than six hours on average each night were more likely to have inadequate hydration status (as measured by urine samples) than those who slept eight hours or longer each night. (The researchers were looking into the link because both too little and too much sleep have previously been linked to kidney problems.)

According to Pedre, the data suggests that hydration and sleep are related.

On the other hand, a small study published in the Journal of Sleep Research in February 2018 discovered that dehydration had no effect on the amount or quality of sleep in 12 healthy young adults — though the study authors noted that more research on the link between the two is needed.

According to an article published in StatPearls in August 2020, the bodily produced hormone vasopressin helps prevent sleep dehydration by increasing water absorption in the kidneys later in the sleep cycle (so you don’t get dehydrated even if you don’t drink water during the night).

Can Sleep Be Interrupted by Dehydration? 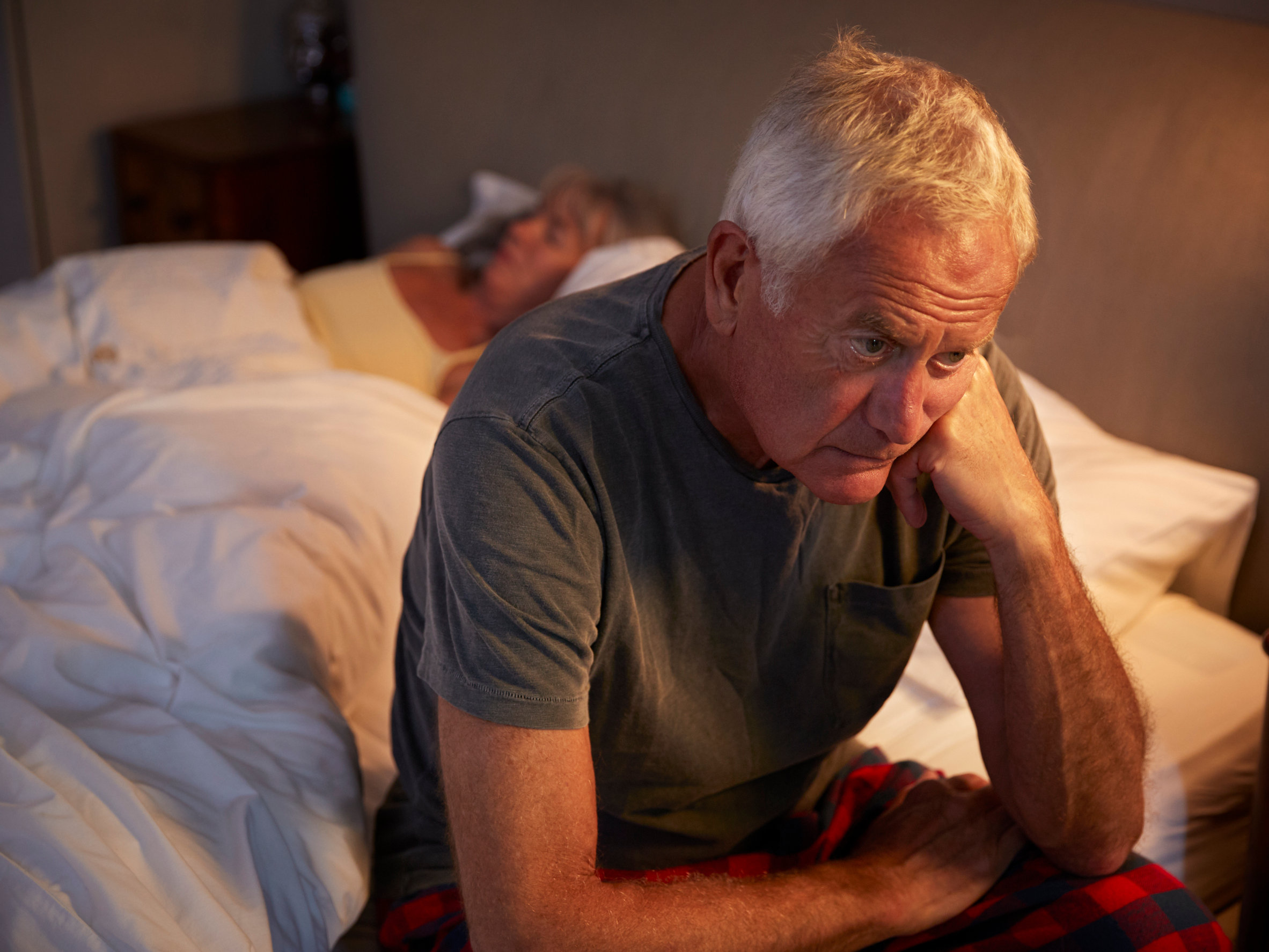 While research hasn’t yet answered all of the questions about how hydration affects sleep, experts do know a lot about what can go wrong when you’re dehydrated (as well as if you drink too much water). “Even minor symptoms of dehydration can have a negative impact on sleep due to discomfort,” says Newgent.

According to Pedre, dehydration can cause the following symptoms, which can disrupt sleep:

Can Drinking Too Much Water Cause Sleep Disruption?

It is possible to overdo it on pre-bedtime water consumption. “Drinking too much water in the evening can disrupt sleep because you may need to go to the bathroom to urinate in the middle of the night,” Newgent says. “There’s even a name for this — nocturia — which can be a bigger issue for those who have trouble falling back asleep after using the restroom.”

Pedre agrees that drinking too much water, especially late at night or close to bedtime, can interfere with sleep. Some older studies (one involving dogs and one involving 14 adult men) have suggested that when the subject is lying in the prone position (on one’s stomach), the kidneys filter more blood, which fills the bladder faster and increases urine output, as opposed to lying in the supine position (on one’s back, facing up).

Pedre further interpreted the studies to mean that drinking too much water close to bedtime may cause you to urinate sooner than if you drank the same amount of water at another time of day when you weren’t lying down. While the study is preliminary, the bottom line, according to Pedre, is that “excess water intake near bedtime is often going to wake you up with a full bladder in the middle of the night.”

So, How Much Water Should You Consume Before Going to Bed? 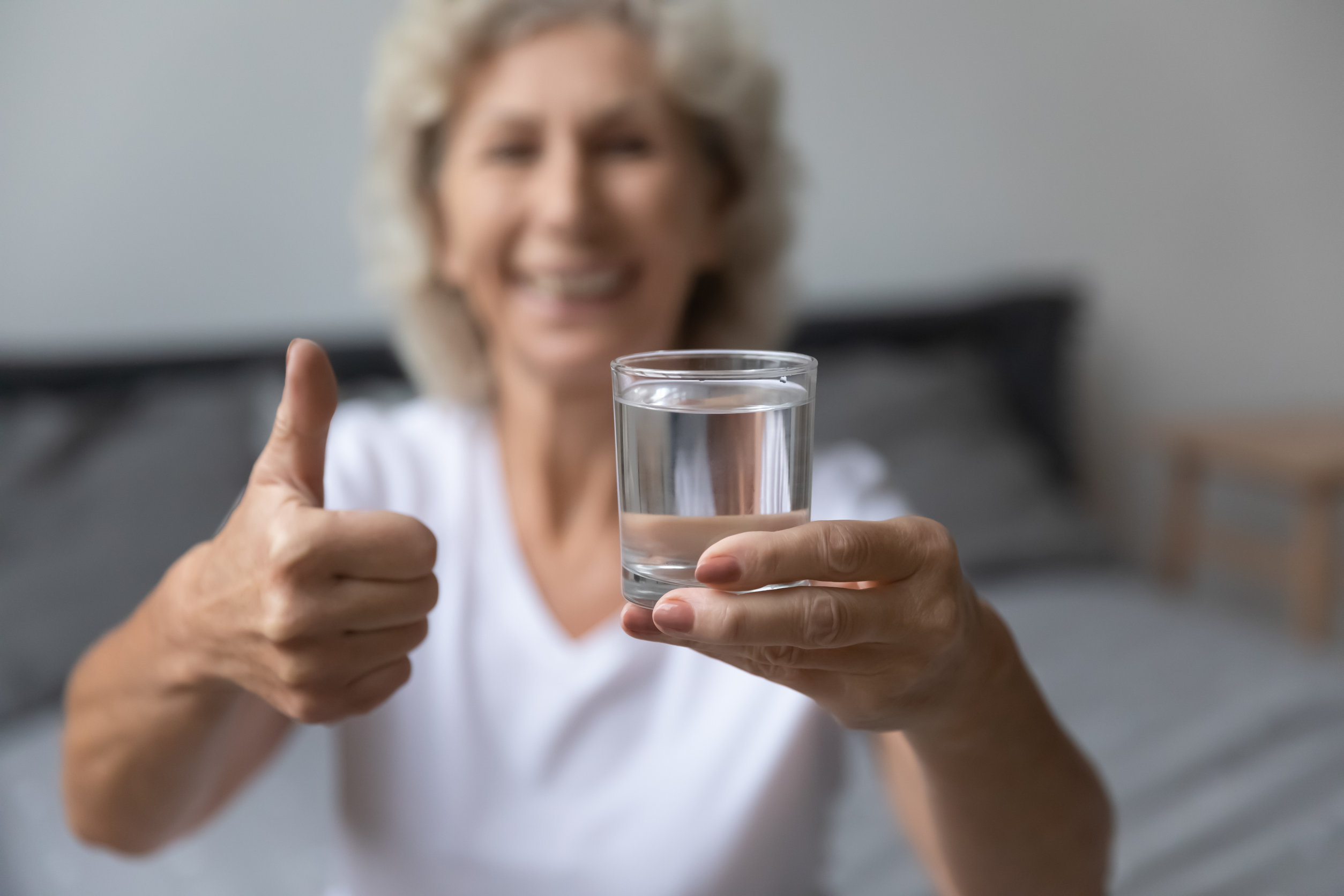 “In my opinion, if you’re trying to improve your sleep, you should hydrate during the day and try to limit fluid intake later in the day, especially right before bedtime,” Pedre says. He recommends drinking water throughout the day, primarily between meals. (Drinking during meals can dilute stomach acid, which can complicate digestion, according to him.)

According to Pedre, it’s important to pay attention to other factors that affect hydration throughout the day, in addition to water intake. Coffee consumption and sweating can both dehydrate your body and potentially deplete it of essential minerals. Consuming water-dense foods, on the other hand, can help you stay hydrated.

Fluids should be avoided at least one hour before bedtime, according to Pedre. “However, if you have a hyperactive bladder or incontinence, you should avoid water two to three hours before bedtime,” he adds.

If you fall into this category, Pedre recommends that you “make sure you’re well-hydrated prior to that.”

When drinking water late at night, Newgent recommends taking small sips as needed: “So, if you turn out the lights at 11 p.m., make 9 p.m. your ‘small sips only’ start time.”

Other Factors Influencing Sleep and Hydration