The Difference Between Fake and Real Meat 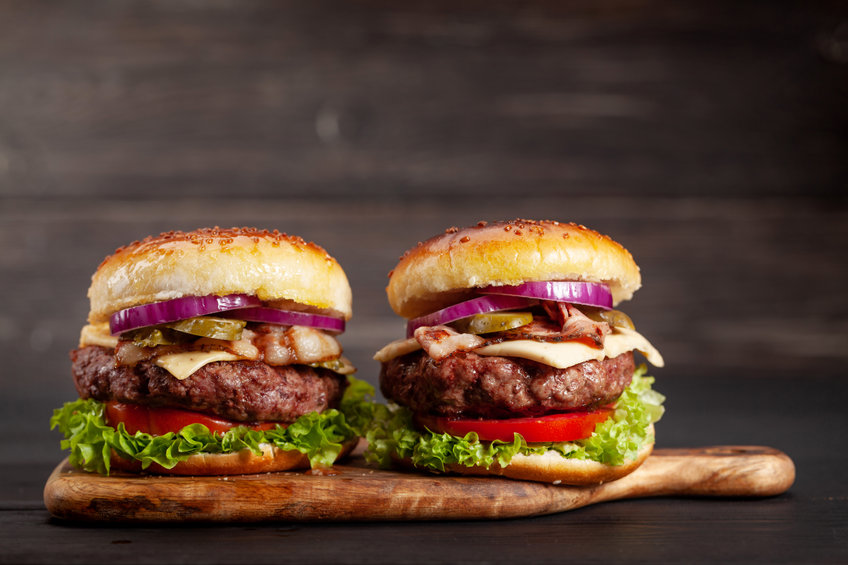 Fake meat sales are on the rise, thanks to a couple of new product offerings that resemble and ostensibly taste like real meat. Are they better for the environment? Are they healthier for us?

Once upon a time, the only alternatives to meat were Tofurky and Gardenburgers. Fake meat is now the new trendy food at restaurants such as TGI Fridays and White Castle.

Fake meat sales have increased due to a growing interest in mitigating the environmental impact of climate change, which is exacerbated, according to ardent vegans, by the concentrated animal factory operations (CAFOs) that plague the countrysides of the United States and other industrialized countries.

With celebrities like Leonardo di Caprio promoting fake meat companies like Beyond Meat and Impossible Burger, a growing number of people are purchasing these meat substitutes in the hopes of improving both their own and the planet’s health. Aside from plant-based meat substitutes, veggie burgers are now competing with the real thing—sort of—lab-grown meat. Yes,’real’ meat that is not derived from an animal. Instead, they’re grown in a lab.

But, in reality, are these ‘meats’ good for you or the environment? 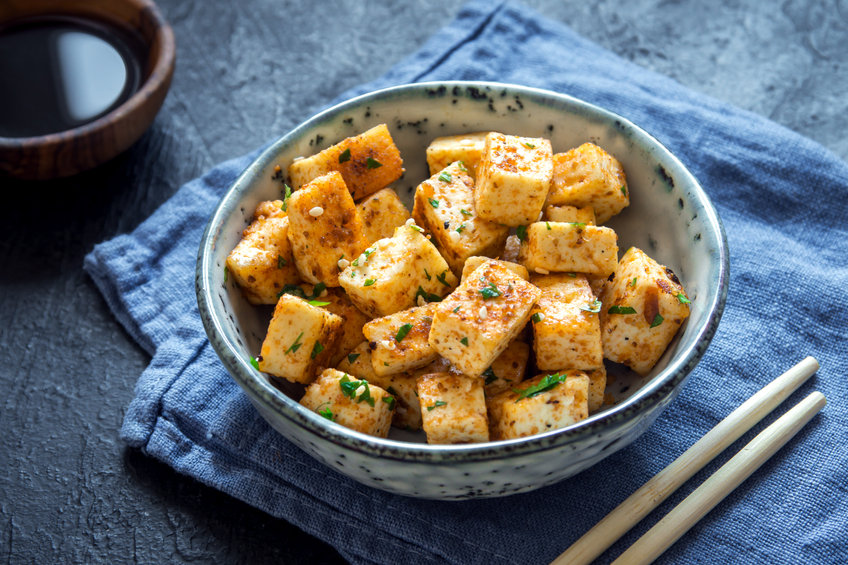 Do you remember tofu? Every vegan’s go-to meat substitute. While tofu is generally flavorless on its own, it absorbs flavors and seasoning to adapt to nearly any recipe. (It has been established that soy products are unhealthy.)

Attempts to create meat substitutes have been around for a long time, but as demand has increased, so have the products that are now available. Today, plant-based meat is far more sophisticated, appearing and tasting more like the real thing.

Companies such as Beyond Meat and Impossible Burger have used new research to improve the meat-likeness of their products. Gardein, Tofurky (yes, it still exists), Fieldroast, Lightlife, Morningstar, Trader Joe’s, and Target’s own brand, Simply Balanced are among the other meatless’meat’ companies.

Beyond Meat collaborated with scientists at the University of Missouri to develop pea proteins and other plant-based proteins, as well as beet juice, to create the ‘bloody’ appearance of a real juicy burger.

Impossible Foods was founded by a biologist who attempted to replicate the juice found in a real burger. Impossible Foods accomplishes this by utilizing a type of plant-based ‘blood’ derived from soy, which has received some criticism. More on that in a moment.

Aside from these new plant-based meats, a new technology has been developing in a lab. Lab-grown meats are a complex scientific technology that uses a lab to recreate real meat. Cell tissues harvested from real meat are used to grow lab meat. However, growing a group of cells in a laboratory is not the same as raising an animal for meat, so lab meat products are still in the works.

One clean meat startup charged around $18,000 per pound for a single cultured meatball. Although the cost of production is rapidly decreasing as more and more “clean meat” companies emerge, it is unlikely that it will make it to your grocery store shelves for some time. Several companies in the race now predict that they will have’real’ affordable lab meat by 2020.

So, what exactly do we eat when we consume these meat substitutes? 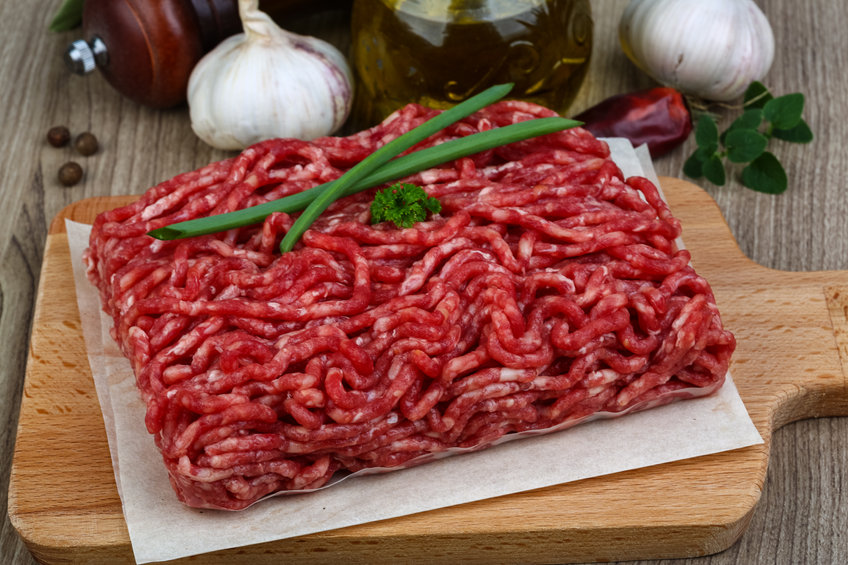 I know exactly what I’m getting when I eat a grass-fed/grass-finished burger raised on an organic farm. However, eating plant-based manufactured’meat’ is a different story, and these foods do not appear to be health foods either.

For many years, the health benefits of soy have been debatable. Why? For starters, if it is not organic, it has been sprayed with glyphosate just days before harvest, and you are undoubtedly inhaling that toxic substance as soon as you bite into that meatless burger.

Soy also contains goitrogens, which inhibit thyroid function, phytates, which prevent mineral absorption, and phytoestrogens, which can cause natural estrogen in the body to malfunction.

Now, let’s talk about the other contentious ingredient in fake meat: leghemoglobulin, which is derived from soy. This is what they use to make the Impossible Burger look and taste like blood.

The key ingredient, which is intended to resemble real blood, does not meet the FDA’s Generally Recognized As Safe (GRAS) standard. This soy heme is a bio-engineered protein additive that imparts a meaty flavor and color. This GMO product is something we have never eaten before as humans. Impossible Foods acknowledges that SLH has never been widely consumed in the human diet, either naturally or genetically engineered.

According to this Huffpost (Aug, 2017) article and several other news articles, Impossible Foods admitted that up to a quarter of the ‘heme’ ingredient in the burgers was also composed of 46 “unexpected” animal proteins, some of which have been identified but none of which have been evaluated for safety as of yet.

Impossible Foods placed this genetically engineered product on the market despite admitting to the FDA that it had not conducted safety tests. Despite the FDA’s warnings, Impossible Foods introduced the Impossible Burger in 2016. 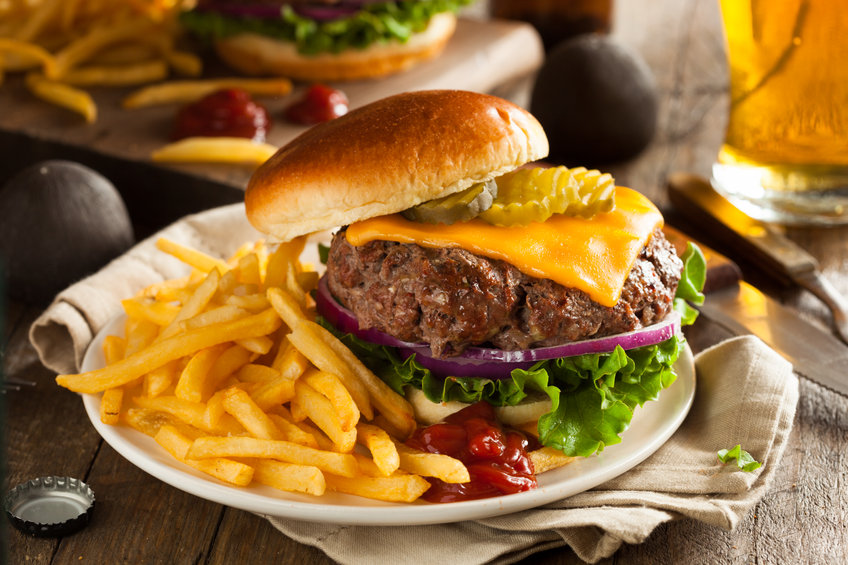 What about the other meat alternatives? While they may not contain the contentious GMO soy ingredient, the majority of them are highly processed foods containing a plethora of filler ingredients such as wheat protein (gluten), starches and fillers, pea protein, isolated soy protein, natural and artificial flavors (no one knows WHAT these are), salt, sugars, and MSG. To be honest, those aren’t healthy ingredients; they’re processed food ingredients, and many of them come with their own set of health risks.

While the protein content of Beyond Meat and Impossible Foods meats is comparable, they are loaded with other unnatural ingredients. I honestly don’t understand why anyone would want to eat processed fake meat rather than real meat from a grass-fed cow or pasture-raised chicken.

To be sure, I understand some of the motivations for avoiding conventionally-raised, drug-filled, cruelly treated, polluting CAFO meat from cattle or poultry. To some extent, eating fake meat avoids some of the methane, CO2 emissions, and toxic runoff issues associated with CAFO meat.

However, synthetic biology has its own set of problems. What about this new lab-grown meat, also referred to as “clean meat”? This is unmistakably a ‘Frankenburger.’

Lab-grown meat is created by combining stem cells from an animal’s muscle tissue with a serum (usually from the fetuses of dead cows). After being fed sugar and salts, the cells begin to develop into actual muscle fibers. Fat tissue is sometimes added to meat to make it appear more’real.’

Yes, this so-called “clean meat” is potentially better for the environment and uses less land and water, and lab-grown meat producers claim it will help to meet the growing population’s demand for meat. However, little is known about lab-grown meat at this time, and it is currently prohibitively expensive to produce. 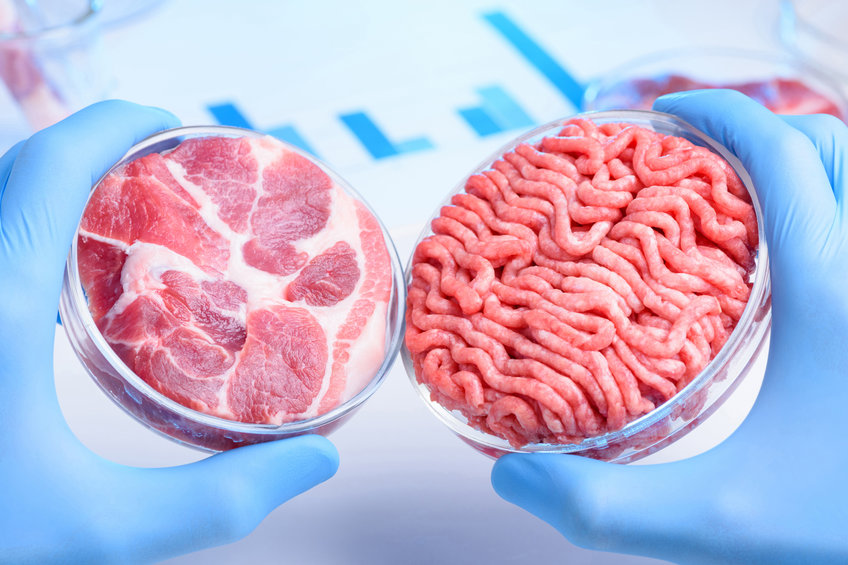 What about food and nutrition? Meat grown in a petri dish, without a doubt, cannot provide the natural health benefits that grass-fed meat does.

While large-scale industrial meat production has a negative impact on our health and the health of the environment, there are sustainable alternatives. Cattle that graze on land that cannot be used for crops actually improve soil quality by fertilizing it as they graze.

Consider all of the industrial processing and packaging that goes into a product like Impossible Burger. Monocropped grains, pesticides and fertilizers that destroy natural, living soil, and fossil fuels used for large-scale farming and processing, as well as factories to produce it, trucks and trains to transport it, and cardboard, ink, and plastic packaging.

While some believe that the primary goal of avoiding meat is to alleviate animal suffering, consider a diet of grass-fed meat, dairy, and pasture-raised chickens that eat a natural diet based on naturally-growing grass from un-tilled, naturally fertilized soil, which allows other animals to thrive as well.

Animals such as gophers, snakes, toads, mice, rabbits, birds, insects, worms, grubs, and fish can still be found on this living land. Cattle and chickens graze on the grass, leaving behind manure that fertilizes the soil.

Contrast this with mono-cropped fields that have been cleared of all natural plants, grasses, weeds, trees, and animals, are covered in artificial fertilizers, herbicides, and genetically modified grains, and are watered with irrigated soil from a depleted river. Is this normal? Is this compassionate?

There is a lot that goes into this equation, and livestock, as well as meat eaters, bear a lot of the blame. Eating high-tech, manufactured, processed fake meat is not going to save us, our health, or the planet.

“Instead of investing in risky new food technologies that are potential problems masquerading as solutions, shouldn’t we be investing in proven, beneficial, regenerative agriculture and transparent, organic food that consumers are actually demanding?”

A big part of the problem here is that we appear to be completely disconnected from nature as a species. We humans are a part of nature, and the solution is to learn to eat NATURALLY, in a more sustainable way. Not food that has been created using technology.