This Herb Reduces Heart Attack Risk by Half 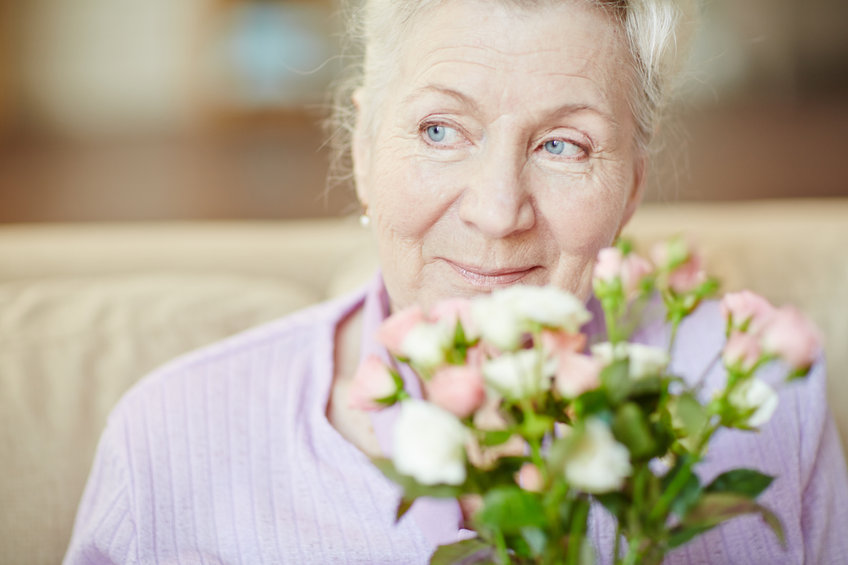 Hawthorn (Crataegus spp.) is an herb that has been used medicinally for thousands of years.  Its purported uses include cardiovascular disease, nervous disorders, digestive problems, diabetes mellitus, cancer, endocrine diseases and infertility.  There is some evidence that hawthorn extracts may lower cholesterol levels in humans. This evidence stems from data gathered mainly from animal studies of atherosclerosis (hardening of the arteries), which are reviewed here.

The first use of Crataegus species as medicinal plants was recorded thousands of years ago by the ancient Egyptians on papyrus scrolls. However, there is little known about the active constituents or their pharmacological actions on biological systems until recently when various researchers have begun to investigate the therapeutic value of hawthorn for treating cardiovascular disease. While human clinical trials are still limited, several preclinical animal studies have demonstrated that hawthorn extracts may reduce the rate of formation of atherosclerotic plaque in arteries.

This article will cover what atherosclerosis is and how hawthorn may be able to reduce this condition.

Atherosclerosis is a term that refers to the narrowing and hardening of arteries due to plaque buildup, which occurs when fat deposits clog up blood vessels. The condition, which particularly affects the coronary arteries, can have serious consequences because it restricts blood flow to the heart. Atherosclerosis increases the risk of heart attack and stroke. Hawthorn (Crataegus spp.) is a type of shrub that grows up to 30 feet tall with red berry-like fruits . The berries have been used in traditional medicine for heart disease since ancient Greece.

Traditionally, hawthorn has been considered an “adaptogen”, meaning that it works by normalizing bodily processes rather than directly promoting any specific function. More recently, however, studies have shown that hawthorn may actually exert some effects on certain biological functions, including reducing atherosclerosis plaque.

How does Hawthorn Work?

Several chemical constituents in hawthorn have been shown to be beneficial for cardiovascular function.

One such constituent that has been studied is flavonoids, which are polyphenols that serve as antioxidants and anti-inflammatories. Studies on rabbits have shown that extracts of hawthorn can reduce atherosclerosis plaque by as much as 52% and increase blood flow to the heart. Additionally, hawthorn may also help prevent damage caused by free radicals and decrease cholesterol levels. While more research is needed to understand how it works exactly, we do know that the active compounds in the herb seem to provide a variety of health benefits. What are the benefits of Hawthorn?

It has been shown to reduce atherosclerosis plaque by as much as 52% when combined with diet changes. It may help treat anxiety-related behavior. It increases blood flow to the heart. It decreases cholesterol levels It acts as an antioxidant and anti-inflammatory May potentially reduce risk of heart attack and stroke

Additionally, there is evidence that the herb may provide benefits in the treatment of several conditions other than atherosclerosis, including high blood pressure, coronary heart disease, diabetes mellitus, and respiratory infections.

What other conditions could Hawthorn be used for?

Research on hawthorn has also demonstrated a benefit for other conditions.

For example, a study done with rats found that hawthorn was able to reduce anxiety-related behavior in the animals. It may also help treat insomnia and depression, which are common in people with heart disease.

Hawthorn is also being studied for its potential to help treat conditions other than atherosclerosis, including neurodegenerative diseases such as Alzheimer’s. Other research has found that hawthorn may provide benefits in the treatment of respiratory infections, coronary heart disease, diabetes mellitus, and high blood pressure.

Can I get Hawthorn naturally?

Yes, hawthorn can be found in many health food stores and grocery stores. However, the dried berries are most commonly sold for culinary purposes. If you want to buy hawthorn supplements, it is best to consult with a doctor first to see if they’re safe for you. Are there any risks or side effects?

As with all supplements, it’s important to speak with your doctor before starting treatment with hawthorn.

Research on hawthorn suggests that it can be safe when taken by healthy adults in moderate amounts. However, there have been few studies done in children or pregnant women so these populations should not take hawthorn supplements without consulting a doctor first. Additionally, because it’s considered an adaptogen, taking too much at once may cause minor side effects like nausea and diarrhea.

One of the issues is that this herb can increase bleeding when combined with other medications like aspirin. There is some controversy over whether it interacts poorly with calcium channel blockers, but currently there is no conclusive evidence either way. Also, because it can act as an anticoagulant, it’s important to be careful when using hawthorn if you plan on having surgery in the near future.

For the majority of people, hawthorn is likely safe and doesn’t cause side effects. However, since there isn’t much research done on its safety, anyone who suffers from a chronic illness should talk with a physician before taking this herb. What about dosage and cost?

As mentioned earlier, while there have been some studies on the use of hawthorn for heart disease, there isn’t enough scientific data to establish an optimal dose or safety information.

However, many websites recommend between 400-800mg daily which can be taken as a tea or extract. Since it’s generally considered safe, there isn’t much worry about taking too much.

Hawthorn is widely available online or at your local vitamin store. Since it comes in tea and extract forms, you can choose the method of consumption that works best for you. Generally speaking, though, supplements tend to be more expensive than whole plants.

Hawthorn can be taken by healthy adults in moderate doses, but should not be given to children or pregnant women. It is best to consult with a doctor first before buying supplements of hawthorn.

What are the possible interactions & contraindications?

It should not be used by people who suffer from kidney or liver disease. As mentioned above, it can increase bleeding when combined with medications like aspirin It might interact poorly with calcium channel blockers If you plan on having surgery in the near future, too much hawthorn may cause a risk of bleeding. It could be dangerous to those with chronic illness (e.g. kidney or liver disease).

The evidence for hawthorn’s efficacy as a treatment is mixed and often limited to animal studies. However, there are some promising findings that may warrant the use of this herb in clinical trials. If you or someone close to you has any cardiovascular disease risk factors, such as high cholesterol levels, atherosclerosis (hardening of the arteries), hypertension (high blood pressure), or diabetes mellitus type 2 – it might be worth considering taking an herbal supplement containing Hawthorn extract.

You may click HERE to learn more about where to get the safest, purest, and the highest potency Hawthorn supplement.