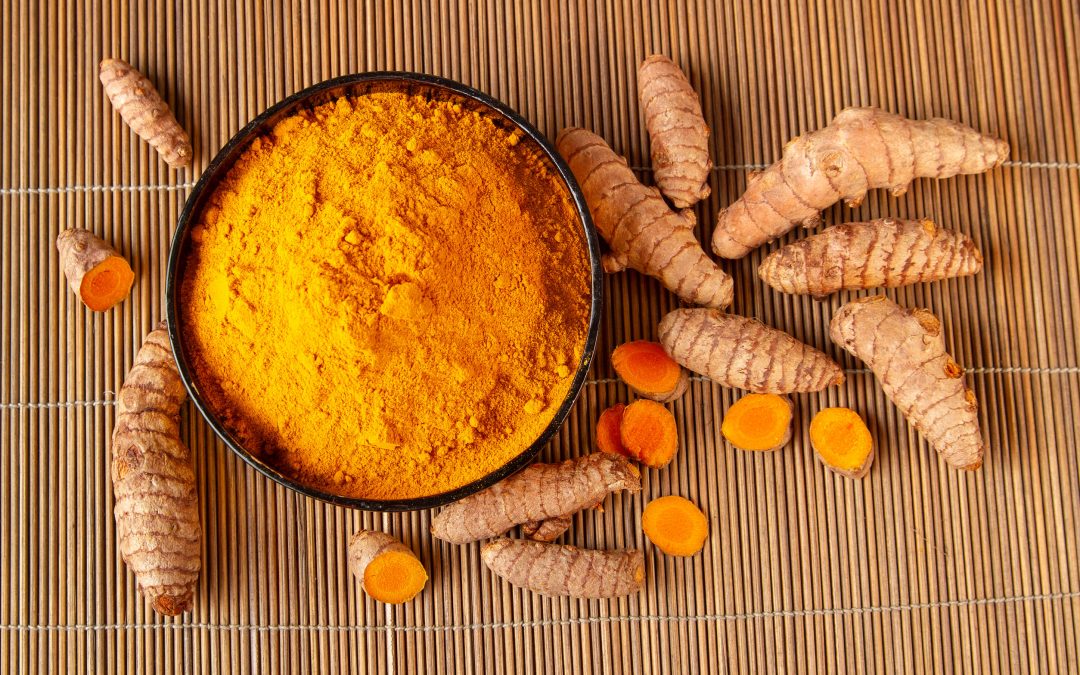 Turmeric is a spice made from a root, but it does so much more than that. Here are some of the reasons why you should start putting a pinch of turmeric in almost everything you eat.

What Exactly Is Turmeric?

Turmeric is derived from the Curcuma longa plant. It is a root, much like ginger. In fact, the two are kissing cousins from the same family. Turmeric is knobby, but smaller in size than ginger, and the color is an intense gold-orange. This rich color signifies that turmeric is chock full of curcumin.

It is an ancient spice that has been used for centuries by Asian medical practitioners, particularly for toothaches, bruises, and other mild conditions.

It’s also a key ingredient in curry, the spice blend that’s the star of the show in dishes of the same name.

What can you find in a tablespoon of turmeric? It is high in iron, manganese, and phytosterols. It also has high levels of fiber, potassium, and vitamin B6.

Turmeric is a powerful antioxidant and anti-inflammatory, giving it super-human abilities.

Inflammation is never a good thing in the body, but turmeric can easily combat it. According to a 2013 study, turmeric’s anti-inflammatory properties may be just as effective as hydrocortisone and phenylbutazone in treating conditions such as eczema, psoriasis, allergic reactions, arthritis, and joint stiffness and pain.

According to the theory, curcumin’s ability to neutralize the free radicals that cause inflammation makes it extremely effective in alleviating the symptoms of these conditions.

Here’s another advantage of turmeric. It may provide relief from bowel and colon issues. According to a 2019 study, rats who ingested turmeric daily (at a concentration of 0.25 percent) were relieved of colitis symptoms within five days. That equates to about a teaspoon for us to add to any savory dish.

Turmeric may also provide a dietary way to prevent certain types of cancer. All of this boils down to the root’s antioxidant properties and ability to protect cells from free radicals at the cellular DNA level. This is especially true of colon cells.

Curcumin, in addition to preventing cancer, has been shown to destroy cells that have already been mutated by cancer. This prevents the cancer from spreading and tumors from forming. Curcumin’s anti-transcription quality, according to researchers, shuts down cancer-causing genes and prevents them from spreading.

Turmeric’s Health Benefits, According to Research 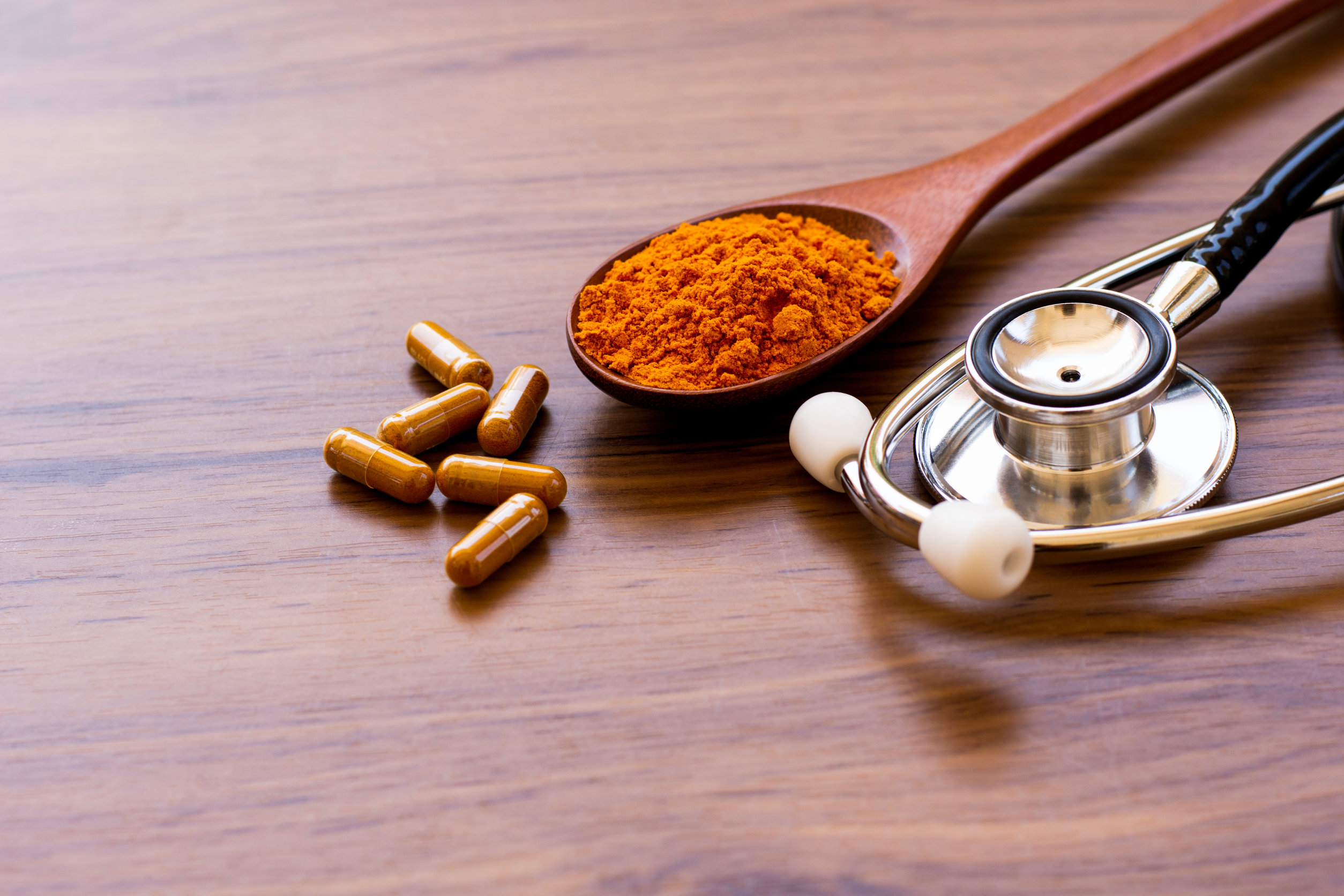 Aside from these major health benefits, there is a lot of promising research showing that turmeric has a positive effect on:

These are just a few of the health benefits of turmeric; there are many more that are still being researched and proven.

You should be aware that, while it is extremely unlikely, you can overdose on this food. There are no established “danger levels,” but 3,000mg is considered an extremely high dose.

If you have diabetes, gallbladder or bleeding problems, GERD, or cancer that is sensitive to hormones, use caution when incorporating turmeric into your diet. It should not be consumed immediately before or after surgery. In addition, if you are taking an anticoagulant medication, turmeric may interfere with its effectiveness.

Including Turmeric in Your Diet 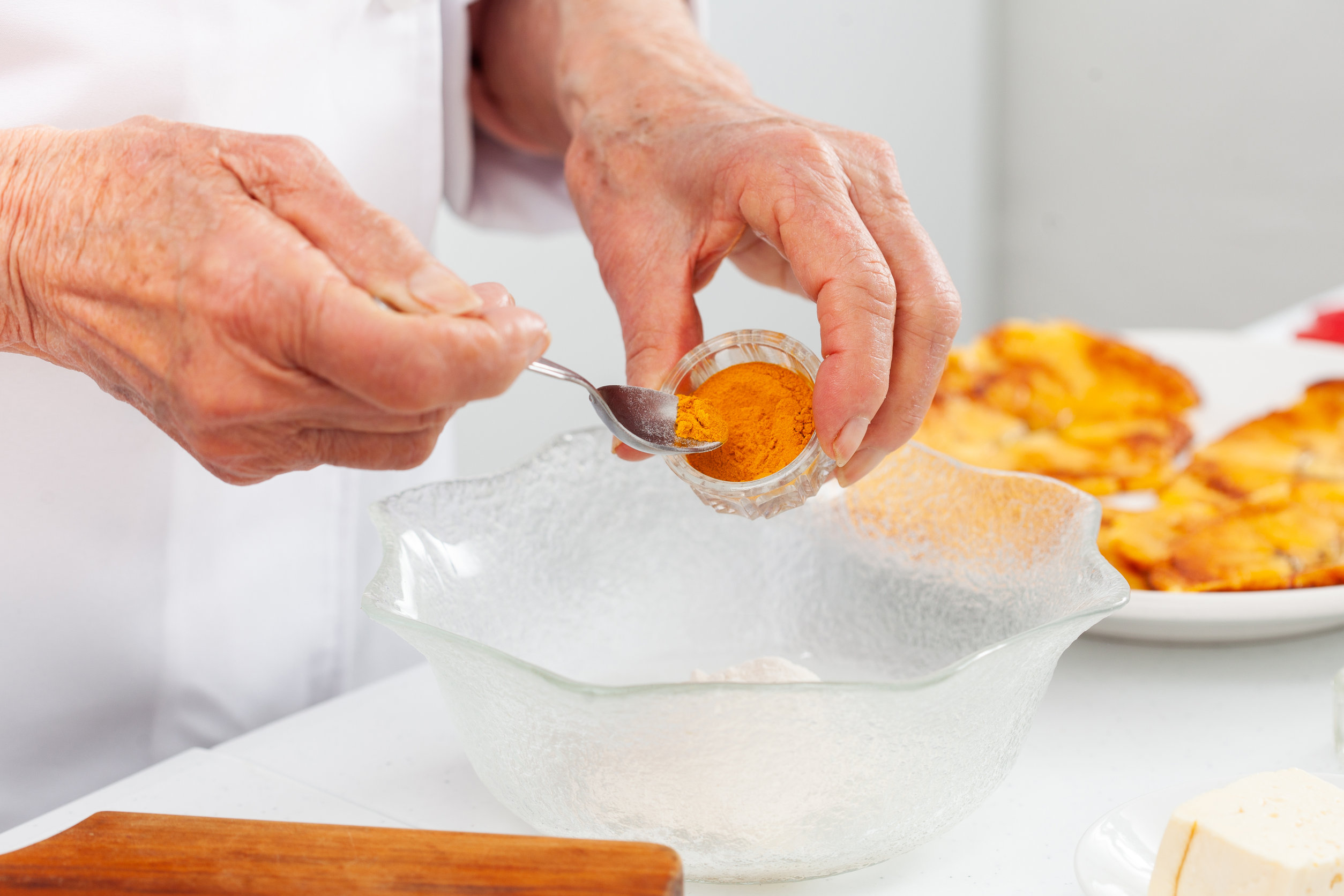 Turmeric has an earthy, slightly peppery flavor that complements other herbs and spices like curry powder. Of course, the next time you go out to eat, you can order an Indian curry dish, but there are other, healthier ways to get a good dose of turmeric in your daily diet.

The simplest method is to sprinkle a little on all of your savory dishes – or even add it to your daily green smoothie. Turmeric is an excellent addition to almost any type of soup, particularly cream or vegetable soups. It can also be used in stews, roasted vegetables, squash dishes, and bean dishes. This would include, for example, chili, pinto, or garbanzo beans.

The only disadvantage is that even a small amount of turmeric will turn your dish golden yellow. It is frequently used as a spice in “ball park mustard” to give it that rich, mustard yellow color. In addition, if you combine it with wet ingredients in a plastic dish, it will most likely stain the plastic. However, these are merely cosmetic concerns that do not outweigh turmeric’s numerous benefits.

Turmeric Curcumin Is a Real Superfood

In terms of health and nutritional benefits, there are few foods in the world that can compete with turmeric. It has a lovely color, a distinct flavor, and blends well with other herbs and spices, making it an easy addition to your favorite dishes.