Wheat Is The Ultimate Chronic Toxin (Hint: Stop Eating It) 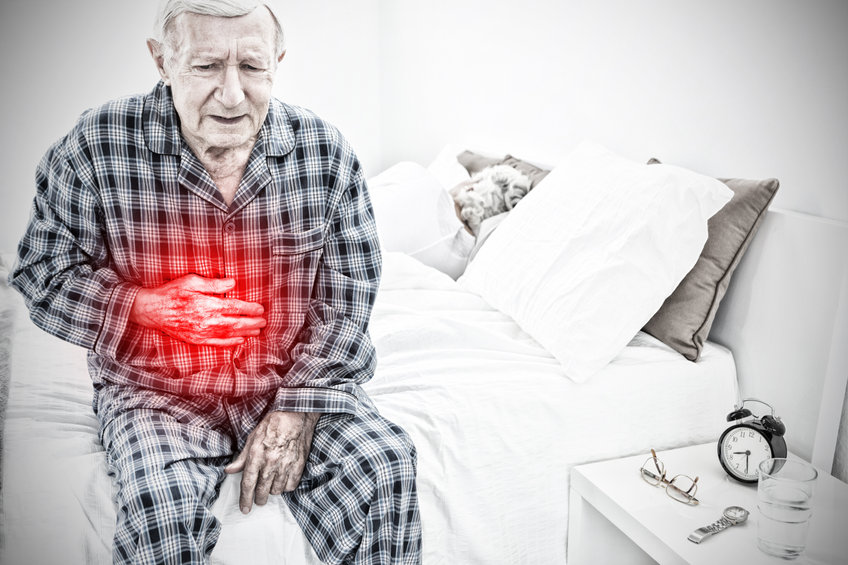 I’m sure most of you are aware that processed, white, enriched wheat products have no nutritional value and are actually harmful to your health. What many people don’t realize is that products made with or containing whole wheat aren’t necessarily better for your health. In fact, all modern wheat is harmful to one’s health… end of story.

Our hunter-gatherer forefathers gathered everything they could from the ground for food, including insects, berries, nuts, and so on. They became curious when they noticed the animals eating grass during their gathering. They disassembled it and found a way to incorporate wild wheat into their diet. This grass was known as Einkorn, and it only had 14 chromosomes.

Wheat was different back then

Plants can mate with one another and share chromosomes. The wild grass Einkorn mated with another type of wild grass at some point in time, and the offspring Emmer ended up with 28 chromosomes — this is the wheat mentioned in the Bible. This, however, is not the wheat of today.

When the threat of global population explosion was imminent in 1960, a large investment was made in agricultural research, with a lot of money and time devoted to new ways to increase wheat yield. During this time, different strains of wheat were crossed repeatedly in order to select specific characteristics and introduce unique genes. 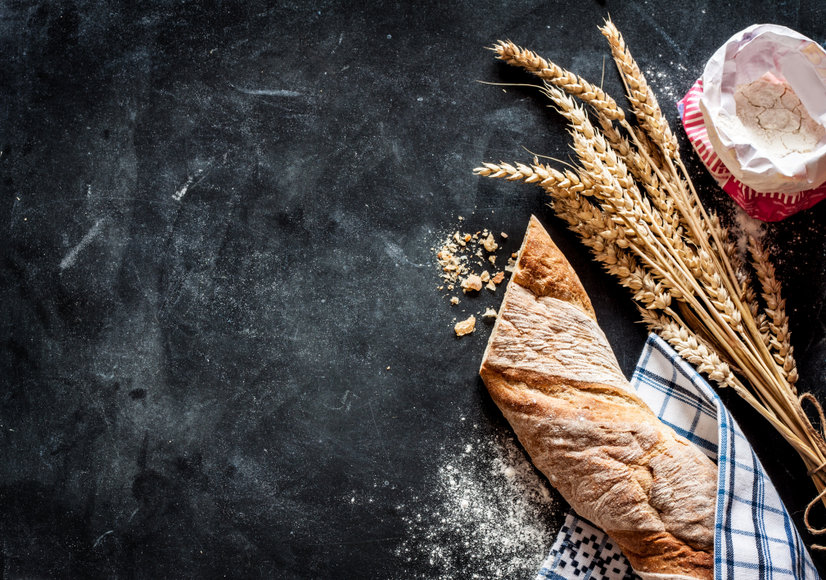 Wheat yielded up to ten times more per acre as a result. Famine was greatly reduced in many third-world countries after this wheat was introduced. Dr. Norman Borlaug was awarded the Nobel Peace Prize for his work in developing this high yielding wheat strain.

Because this wheat is so prolific, it now accounts for nearly all of the world’s wheat supply. In addition, about a million acres of Clearfield Wheat are grown in the Pacific Northwest. It is a semi-dwarf wheat strain that has had its seed and embryos exposed to sodium azide, an industrial toxin.

In fact, the Poison Control Center has warned people not to perform CPR in the few cases of human ingestion because the person performing the CPR may also ingest the chemical and die. Furthermore, if the victim vomits, people are advised not to dispose of the vomit in the sink because it may explode. That is how hazardous this chemical is.

Clearfield wheat’s creators claim that their product is the result of “enhanced, traditional plant breeding techniques,” distinguishing it from genetically modified wheat.

Despite the fact that no gene splicing techniques were used, many other methods were, including the purposeful induction of mutations using chemicals, high dose x-ray and radiation techniques to induce mutations, and cross breeding. According to Dr. William Davis, author of the book “Wheat Belly,” these methods are far worse than genetic modification.

Here’s why we shouldn’t believe what our government says about the food pyramid:

You get hungry after eating modern wheat

It is estimated that up to 10% of the population is sensitive to gluten, a protein found in wheat (some estimate it may be higher, closer to 30 percent). However, the other 90% of people who eat wheat should not be doing so as well.

This is why: Gluten is a two-part protein made up of gliadin and glutenin. Glutenin has a unique elasticity that allows us to stretch our pizza or bread dough — and even spin it over our heads if we so desire. Psychiatrists conducted extensive research on gliadin, the other component of gluten protein, in the 1970s.

When they replaced the wheat, they discovered that the situation had deteriorated. So the question was, what was in bread that caused schizophrenics to have hallucinations? It was linked to the gliadin protein, which, when consumed, enters the brain and binds to opiate receptors, stimulating appetite.

Furthermore, gliadin, which acts in the brain like an opiate, has other negative consequences. People with ADHD, for example, become hypersensitive and have behavioral outbursts; those with schizophrenia have major hallucinations; those with bipolar disorder become increasingly manic; and those with eating disorders, such as binge eating, develop food obsessions.

By 1985, everything in the supermarket that contained wheat was derived from the prolific semi-dwarf strain or a spinoff. Surprisingly, when you compare what happened to America’s weight before and after 1985, you can clearly see that there was an obesity explosion. It’s still going on today, and it all started with the introduction of “new” wheat.

The introduction of this new wheat also resulted in a significant increase in the number of diabetics. Although the relationship between cause and effect cannot be proven scientifically, it appears that we have all been fed an appetite stimulant.

Two slices of whole wheat bread raise blood sugar levels more than six teaspoons of table sugar. How is this possible when whole wheat is regarded as a complex carbohydrate that we are encouraged to consume more of? The complex carbohydrate found in wheat is known as amylopectin-A, and it is extremely sensitive to amylase, which is found in our stomach and mouth. This makes it very easy to digest and quickly raises blood sugar. Wheat for breakfast, lunch, and snacks causes visceral fat to form around the intestines, heart, liver, and kidneys. High blood sugar on a regular basis causes what Dr. Davis refers to as a “wheat belly.”

Inflammation is caused by modern wheat.

When bacteria or viruses enter the body, our immune system reacts in a variety of ways. Plants lack an immune system, but they do have lectins, which are proteins that are toxic to mold, fungi, and insects. Some lectins are harmless to humans, such as the lectin found in spinach, while others are extremely toxic. Wheat germ agglutinin (lectin) is a four-part complex molecule.

The small intestine is destroyed when this lectin is isolated and given to rats in very small amounts. The average American consumes 10 to 20 milligrams of wheat lectin per day, which is enough to cause significant harm.

When we eat wheat, the gliadin protein breaks down the normal intestinal barrier, allowing foreign substances like wheat lectin to enter the bloodstream. This is why wheat eaters experience autoimmune and inflammatory symptoms such as joint inflammation, bowel inflammation, acid reflux, brain inflammation, airway inflammation, and more. In fact, no system is immune to the inflammatory effects of wheat. 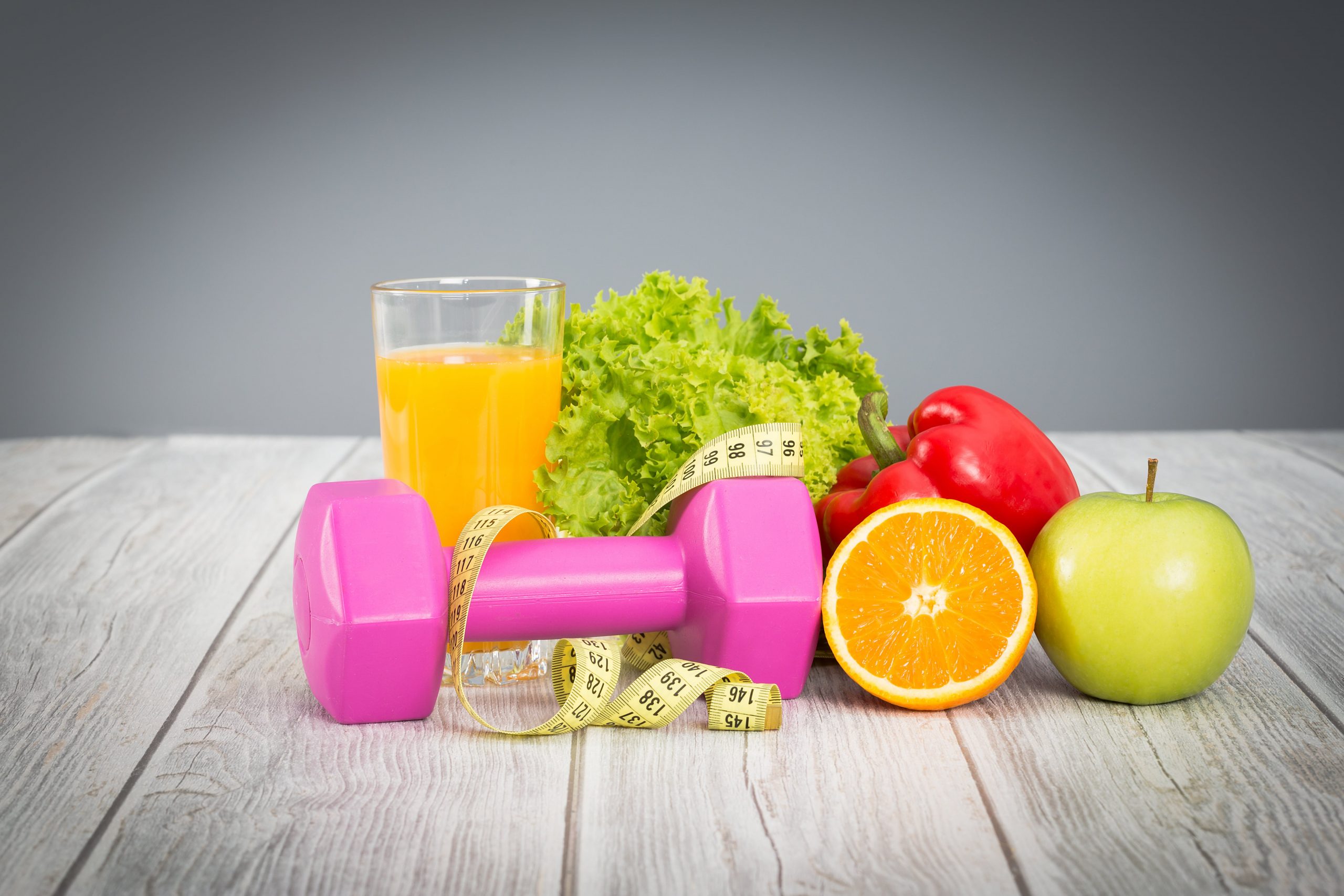 To begin with, eliminating wheat from the diet is not as simple as it may appear; it is present in many foods, including those we would not normally associate with wheat. Wheat can be found in Twizzlers, Campbell’s Tomato Soup, taco seasoning, frozen dinners, cereals, salad dressings, granola bars, and many other products. Why is wheat found in so many products?

Is it possible that food manufacturers are aware of wheat’s potential as an appetite stimulant (on top of the fact that it is heavily subsidized by our government and thus artificially cheap)?

What happens if you don’t eat wheat

According to Dr. Davis, eliminating wheat from our diets will result in the following:

What about gluten-free options?

Going gluten-free is beneficial because it eliminates issues with gluten and gliadin, wheat germ agglutinin, and amylopectin A. Gluten-free foods, on the other hand, contain other ingredients, primarily potato starch, rice starch, tapioca starch, and corn starch. These are the only foods that raise blood sugar levels more than whole wheat’s amylopectin A.

Warning: Avoid commercial products if you choose to be gluten-free. Do this at least until you’ve educated yourself on the various gluten-free products on the market.

What am I allowed to eat? Consume as many whole, single-ingredient foods as possible. You can consume nuts, healthy fats, organic fruits and vegetables, grass-fed beef, organic chicken and turkey, wild caught salmon, cheese, organic eggs, coconuts, avocados, flaxseeds, olive and hemp oils, and a variety of other natural foods. The more refined a food is, the more likely it contains wheat and other refinement byproducts. They are simply too hazardous to your health, so make wise food choices.