You Could Be Making These 8 Cholesterol Mistakes 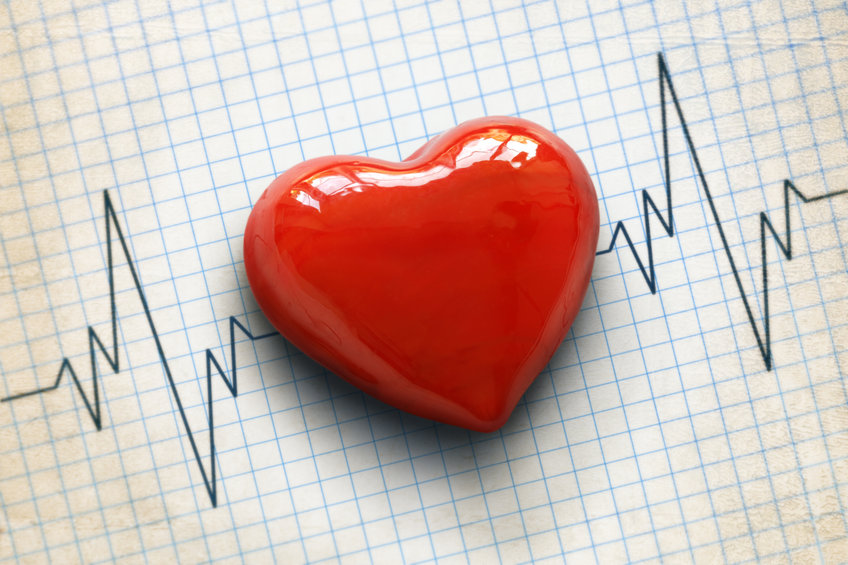 You may have been motivated to eat healthier, exercise more, and take medicine after receiving a diagnosis of elevated cholesterol. Is there, however, something impeding your success? Check to see if you’re making any of these cholesterol blunders.

Making mistakes like forgetting to take your cholesterol medicine can greatly raise your risk of cardiovascular disease.

If you’ve been diagnosed with high cholesterol, you may have made measures to improve your daily routines by eating a healthy diet, exercising regularly, and taking cholesterol-lowering drugs as suggested by your doctor.

But may there be something you’re overlooking that’s harming your efforts to lower your risk of cardiovascular disease? Here are eight things that could be sabotaging your cholesterol-lowering efforts, as well as some suggestions for how to get back on track.

Mistake 1: You’re not paying attention to how much sugar and alcohol you’re consuming. 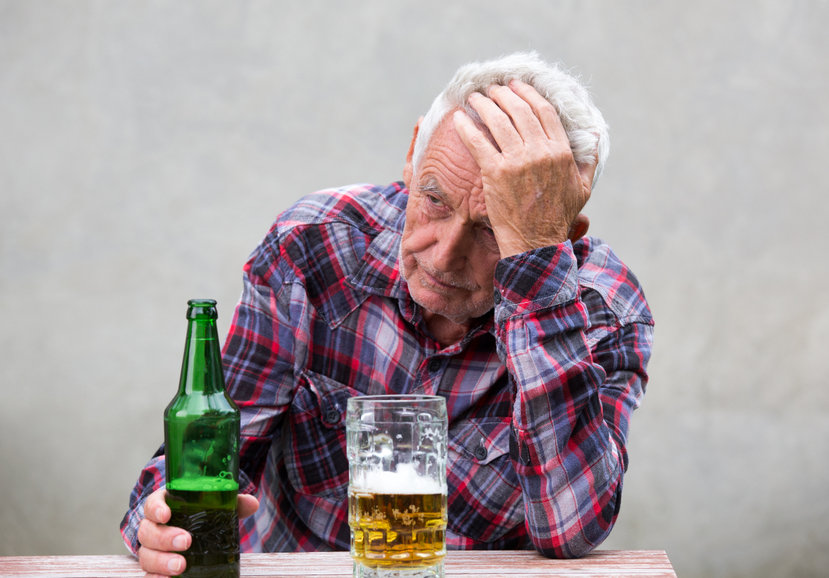 When you’re told you have high cholesterol, it’s natural — and proper — to focus on cutting down on saturated and trans fats in your diet. According to Erin Donnelly Michos, MD, an associate professor of medicine at Johns Hopkins School of Medicine and director of women’s cardiovascular health at the Johns Hopkins Ciccarone Center for the Prevention of Cardiovascular Disease in Baltimore, “it’s also important to look at the amount of sugar and alcohol you’re consuming, which both contribute to high cholesterol.”

This is due to the fact that your body converts excess calories from sugar and alcohol into cholesterol and triglycerides, which can contribute to high blood cholesterol levels. “People don’t know this is why their numbers aren’t improving even when they’re losing weight and exercising,” Dr. Michos explains.

Reduce your sugar intake, including sweetened beverages, alcohol, and processed carbohydrates like white bread and pasta, and replace them with whole grains that are high in cholesterol-lowering fiber. 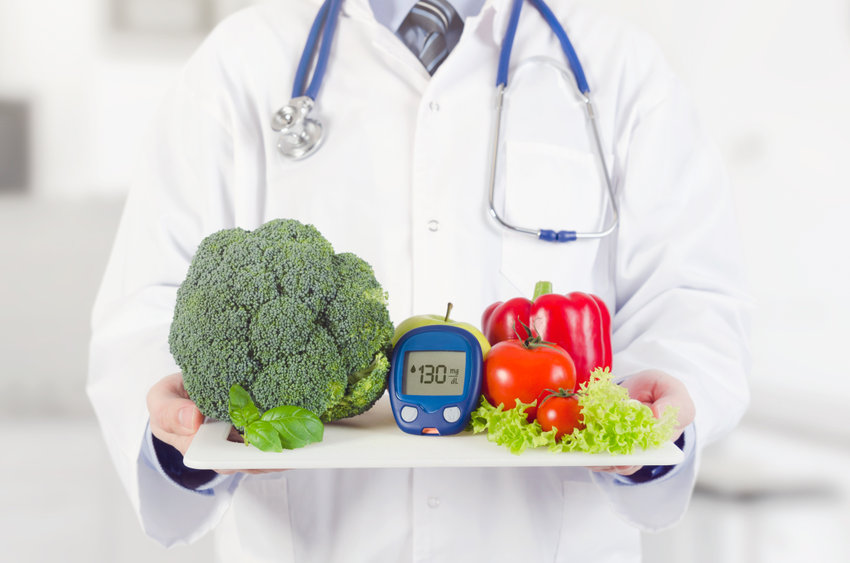 While knowing your so-called “bad” LDL (low-density lipoprotein) cholesterol number is useful, it does not provide a whole picture, and statistics alone do not tell the whole story. Doctors request a blood test to check your lipid panel, which includes HDL (or “good”) cholesterol, LDL (or “bad”) cholesterol, triglycerides, and total blood (or serum) cholesterol (calculated by adding your HDL, LDL, and 20 percent of your triglycerides).

According to the American Heart Association, doctors will examine other risk factors such as your age, family history, and whether you have other health issues linked to heart disease, such as diabetes or high blood pressure, when determining your risk for cardiovascular disease (AHA).

Mistake 3: You forget to take your prescription, or you’ve completely stopped taking it. 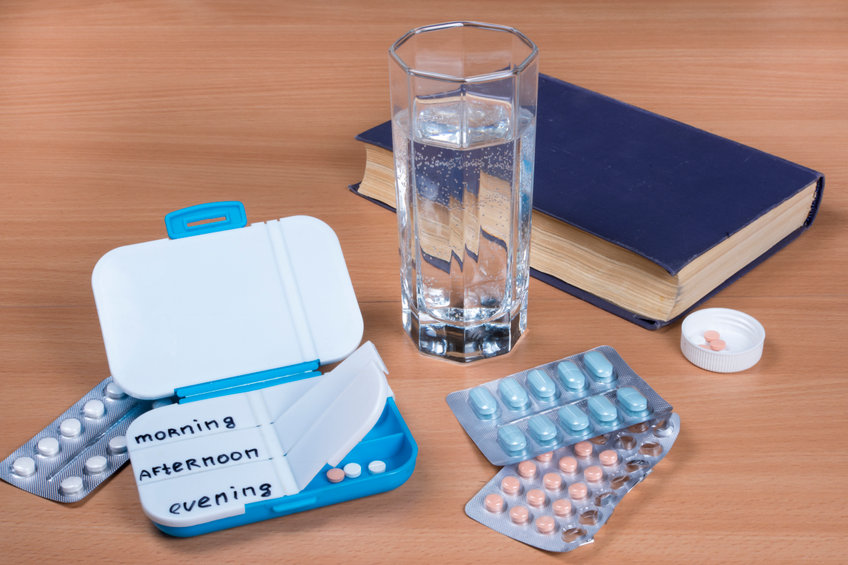 Drugs to treat high cholesterol, such as statins, have been shown to lower cholesterol levels and may help persons with coronary heart disease avoid heart attacks. However, not taking statins as prescribed was connected to a much increased risk of cardiovascular issues and even mortality, according to a study published in the journal Vascular Health and Risk Management in May 2018.

The article offers studies that reveal drug noncompliance issues all throughout the world:

Researchers speculate that noncompliance could be due to a number of causes, including expense, few appointments with cardiologists, concerns about side effects, and forgetting to take the prescription, according to the Vascular Health and Risk Management publication. They also point out that statins are more likely to be stopped than other prescriptions because high cholesterol is a symptomless condition with few tests, unlike diabetes, which necessitates daily blood sugar monitoring.

Better patient education and contact with physicians, increased access to healthcare, home visits, and smartphone app reminders that signal when it’s time to take medication are some of the remedies suggested in the article.

It’s critical to identify and solve whatever is preventing you from taking statins as prescribed. Statins won’t function as well if you don’t take them as directed, and quitting your prescription without consulting your doctor might have major health repercussions, especially if you’ve had a stroke in the past. According to a study published in the Journal of the American Heart Association in August 2017, persons who stopped taking statin therapy between 3 and 6 months after suffering an ischemic stroke had a greater chance of having another stroke within a year.

If you’re having trouble taking your statins, talk to your doctor about it so you can address the problem and keep your cholesterol treatment going.

Mistake 4: You eat anything you want. 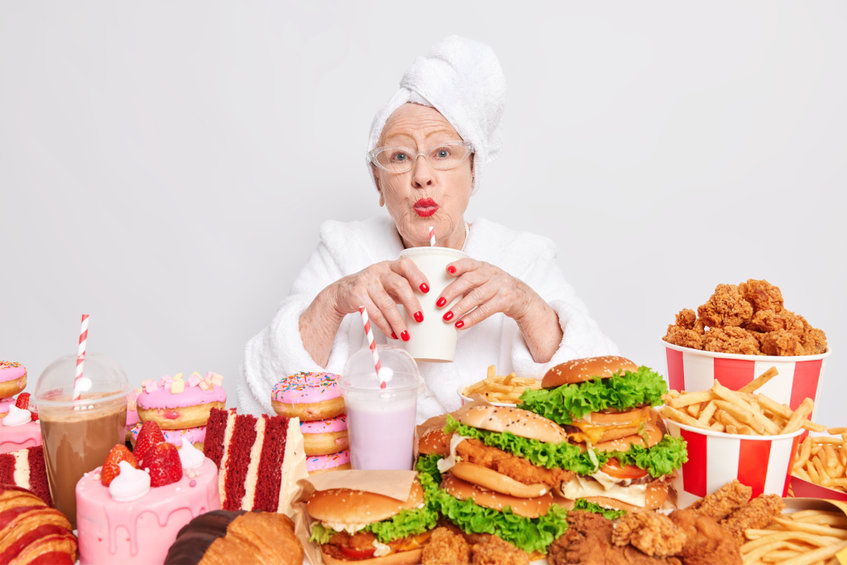 Michos emphasizes that just because you’re on statins doesn’t mean you shouldn’t follow a cholesterol-lowering diet. Many patients mistakenly feel that no matter what they eat, their medicine will correct any cholesterol overload.

Even if you’re on cholesterol-lowering medicine, you should keep an eye on your calorie consumption and limit saturated fats and carbohydrates, both of which can contribute to dangerous cholesterol levels. Consume cholesterol-lowering foods like beans, fiber-rich fruits and vegetables, and whole grains instead.

Mistake 5: You’ve eliminated all fat from your diet. 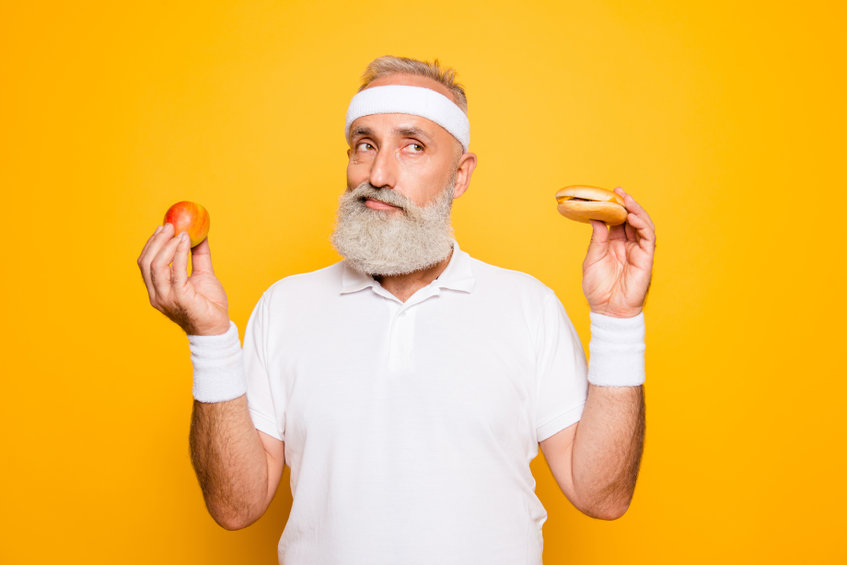 While it’s true that trans fats and saturated fats — which are commonly found in baked foods like crackers and cookies — should be avoided, Michos believes that not all fats should be avoided. In reality, monounsaturated and polyunsaturated fats like those found in olive oil, olives, and nuts, as well as omega-3-rich meals like salmon, tuna, and mackerel, are good for your heart. However, even with healthy fats, you should still keep an eye on your calorie intake, which can quickly add up.

Mistake 6: You aren’t getting enough exercise. 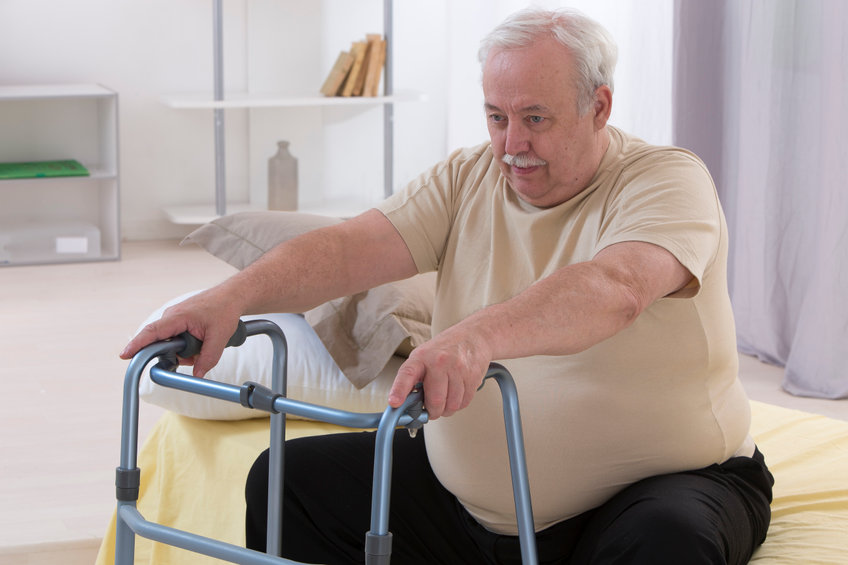 “Diet alone is often not enough. It should be combined with exercise,” says Michos. When it comes to exercise, the formula is simple: being sedentary equals lower HDL levels, according to the American Heart Association. Doing at least 150 minutes of moderate-intensity exercise per week, such as walking, bicycling, swimming, or even yard work, can help you lower your cholesterol and blood pressure.

Even better news: A study published in the journal BioMed Research International in November 2018 indicated that both low- and moderate-intensity aerobic exercise reduced total cholesterol, including LDL. 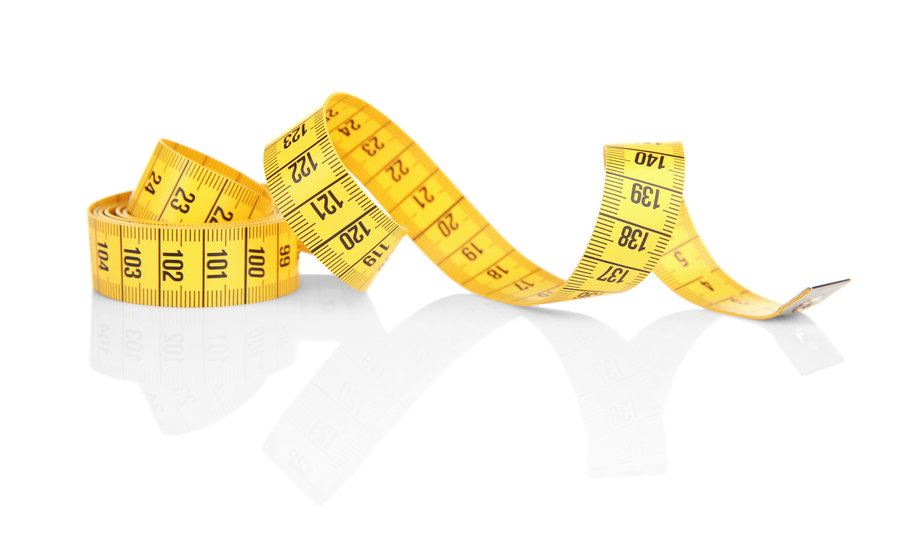 Do you go from one diet to the next, each promising to help you lose weight and lower your cholesterol? Diets that appear to perform best for boosting heart health and lowering cholesterol, according to Michos, are not necessarily new.

She advises following a Mediterranean diet, which includes fruits, vegetables, whole grains, healthy fats, and fish. It’s high in omega-3 fatty acids, which have been linked to a lower risk of cardiovascular disease, and it’s low in saturated fat meals like meat. 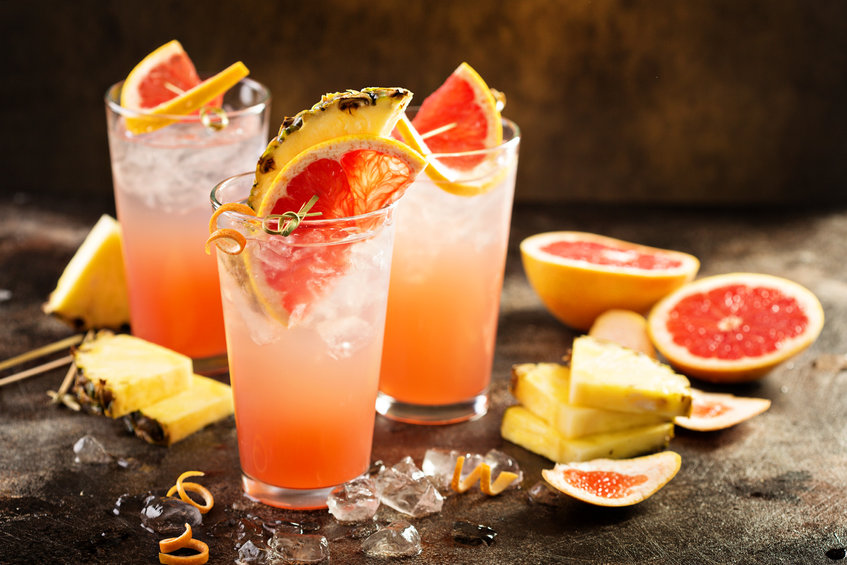 Perhaps you’d like to start your day off right by taking your statins with breakfast. However, if your breakfast contains grapefruit juice, you should consult your physician first. Grapefruit juice includes a molecule that can interfere with your body’s capacity to break down some statins, according to Cleveland Clinic.